A portrait of a baker holding yet to be baked dough for Ciabatta bread. Standing by trays of ready to bake loaves, the man is of African or afro-Caribbean origin, clearly made out in the white of his uniform and mix, his white baker’s uniform’s sleeves also spattered with flour. Ciabatta (literally "carpet slipper") is an Italian white bread made with wheat flour and yeast. The loaf is somewhat elongated, broad and flattish. Its name is the Italian word for slipper. There are many variations of ciabatta. Ciabatta in its modern form was developed in 1982. Since the late 1990s it has been popular across Europe and in the United States, and is widely used as sandwich bread. 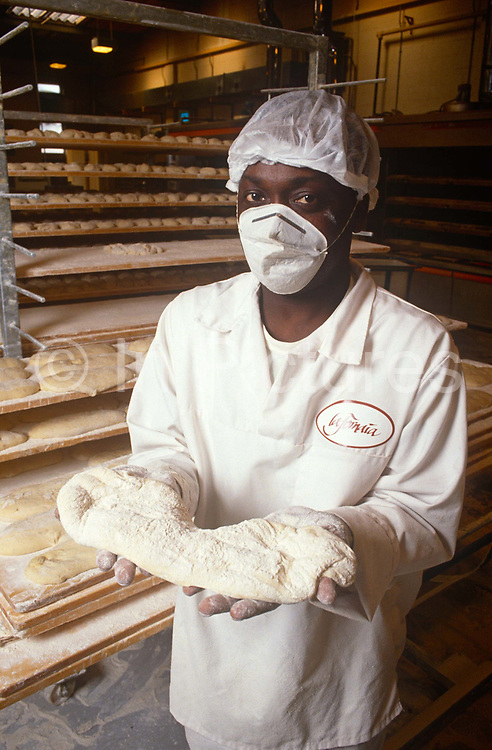