Live BBC news is being broadcast on TV screens in the John Lewis department store in Oxford Street, London, England. A newly-elected Barack Obama is seen woth his smiling wife Michelle and young family after speaking to his party faithful at a rally in Chicago the night of their election victory. Their faces merge together in a moment of television merging of images, large on the many home cinema screens seen across the world's media after this historic political election which saw the election of America's first black Commander in chief. The First Family have become household names and their lives are about to change forever before they move into the White House. Obama speaks with passion about the changes he promises to bring to America while the rest of the world looks on hoping for new political directions. 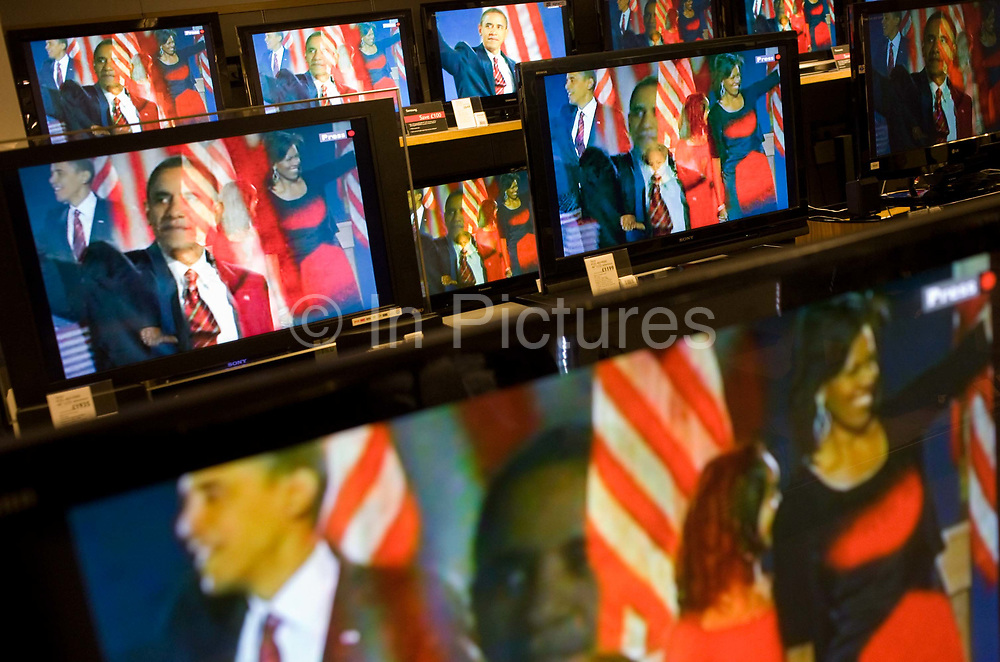