A detail of a second world war Canadian veteran's chest, festooned with gleaming military campaign medals that symbolise an era of conflict, warfare and especially of survival. Seen as a close-up of polished silver, gold and zinc-alloy, we see only the upper body minus the face of this old soldier whose campaigns include the D-Day landings at Normandy in 1944 because at the bottom of his rack of fine insignia is a badge denoting the Normandy Veterans Association. Elsewhere, a medal is worn for service in Palestine. The unseen gentleman wears a Canadian pin at the top and the contribution of his fellow-countrymen as members of the British Commonwealth is recognised in battlefield cemeteries around the world. But on this day, the 11th November, old soldiers like him march past London's Cenotaph to remember friends who did not return from war. 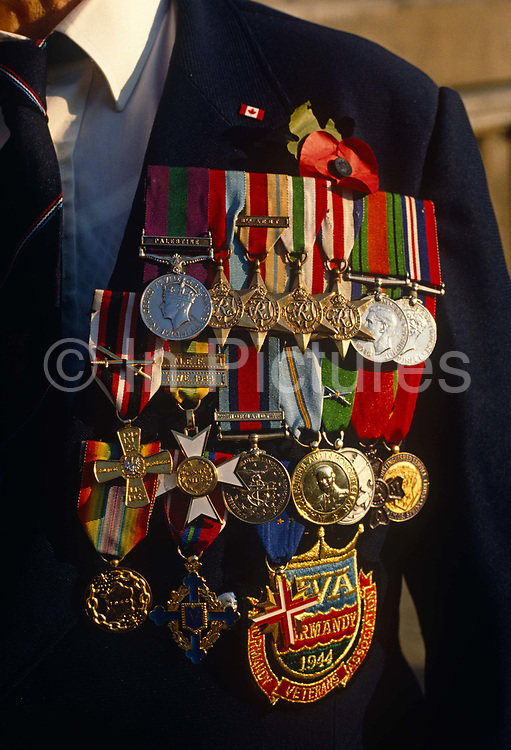