London, UK. Thursday 24th July 2014. EELS frontman Mark Oliver Everett at the Guildhall after being honoured with one of the most prestigious and long standing accolades in London's history, the Freedom of the City of London. EELS have played London many times since their 1996 inception, and The Freedom of the City of London is one of the oldest surviving traditional ceremonies still in existence today, the first Freedom believed to have been presented in 1237. Only in 1996 did it become possible for non British or Commonwealth citizens to be admitted. Other musicians have received the honour however E is the first singer of a contemporary rock band to receive this award. 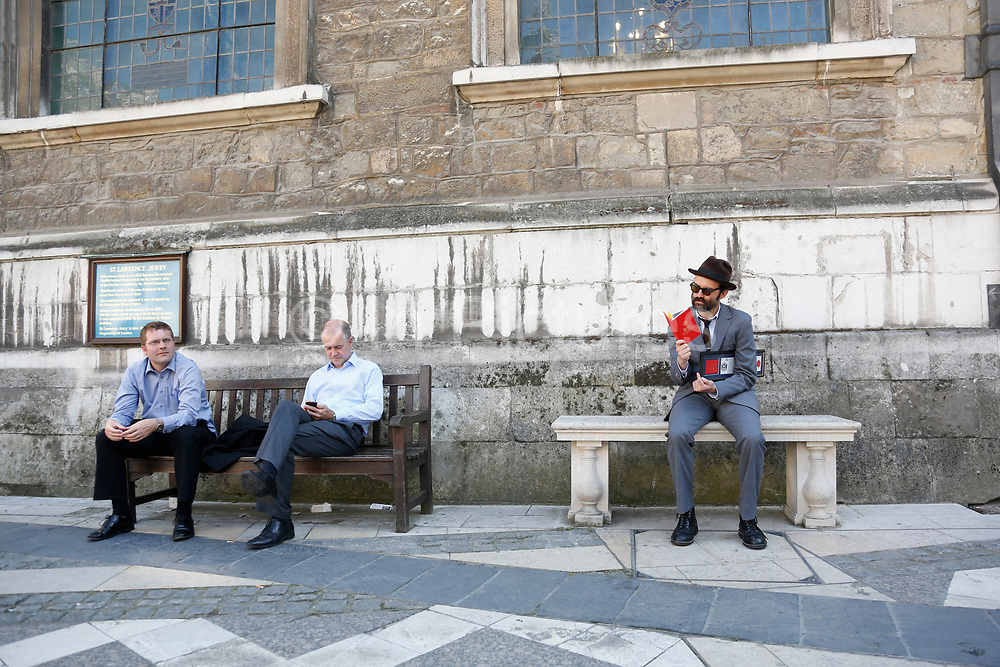