Religious shrine and old lava on the crater edge of Vesuvius volcano, Italy. The Madonna is seen holding a baby Jesus with a smoking volcano in the background. Hardened lava rock has formed a new crust o the crater edge where visitors can view over to see the bottom of the abyss. Mount Vesuvius is best known for its eruption in AD 79 that led to the burying and destruction of the Roman cities of Pompeii and Herculaneum. That eruption ejected a cloud of stones, ash and fumes to a height of 33 km (20.5 mi), spewing molten rock and pulverized pumice at the rate of 1.5 million tons per second. From the chapter entitled 'Under the Volcano' and from the book 'Risk Wise: Nine Everyday Adventures' by Polly Morland (Allianz, The School of Life, Profile Books, 2015). 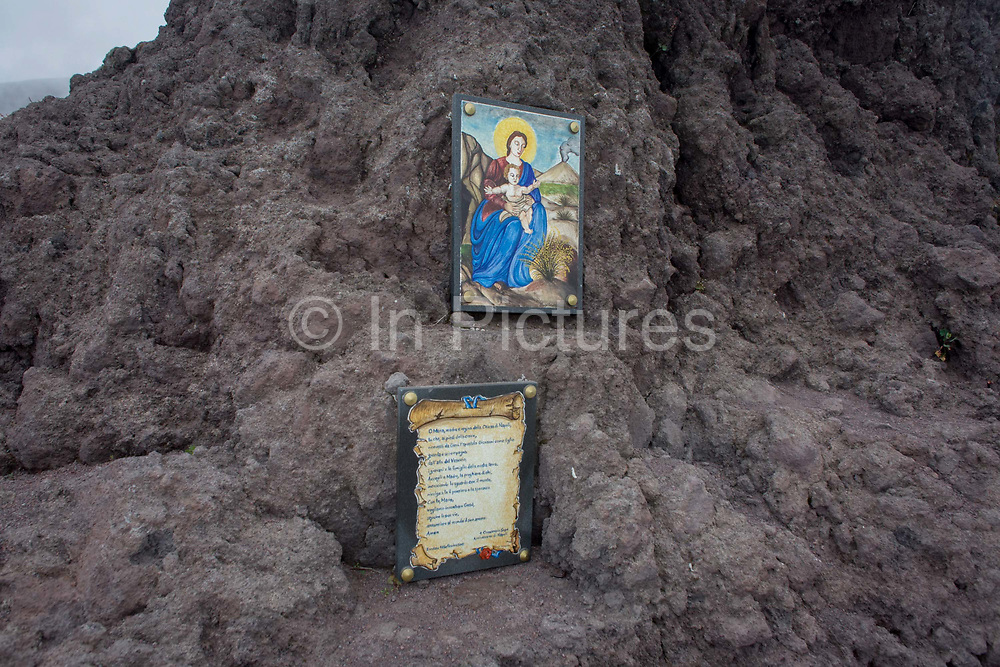