A picnic couple of walkers sit on rocks, admiring the Yorkshire Dales waterfall called Janets Foss on 12th April 2017, in Malham, Yorkshire, England. Janets Foss is a small waterfall in the vicinity of the village of Malham, North Yorkshire, England. It carries Gordale Beck over a limestone outcrop topped by tufa into a deep pool below. The pool was traditionally used for sheep dipping, an event which took on a carnival air and drew the village inhabitants for the social occasion. The name Janet sometimes Jennet is believed to refer to a fairy queen held to inhabit a cave at the rear of the fall. A foss is an old Norse word meaning waterfall. 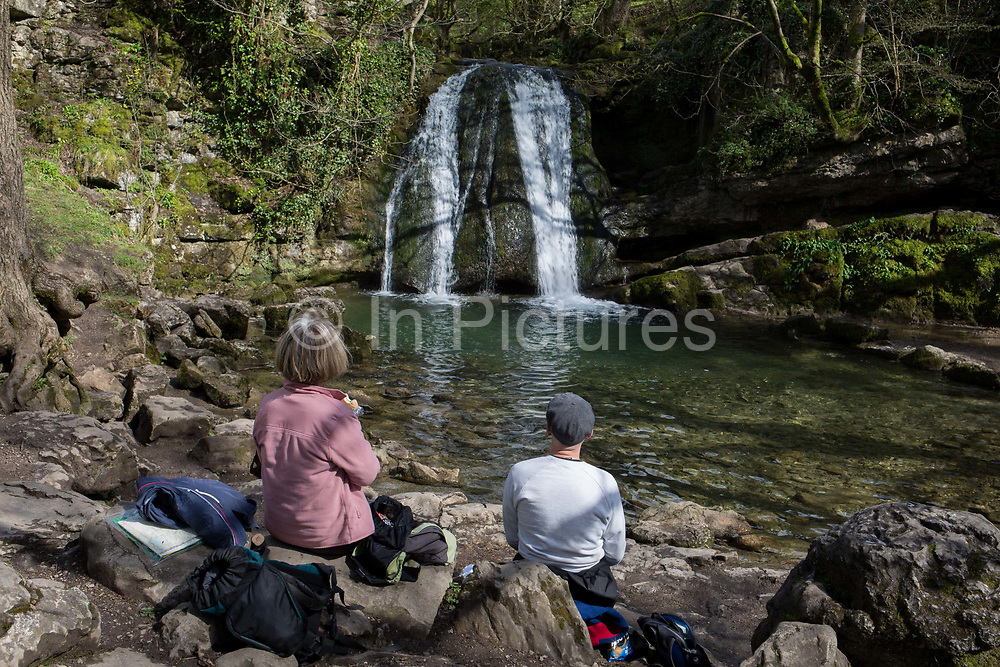