Royal faces from an old empire with a three year-old Maria Theresia and a portrait of some of her 16 children incl Marie Antoinette with a modern day Austria outside Schloss Schonbrunn palace on 27th June 2016, in Vienna, Austria. The cruise line image is for the Viking Line whose tourists are inside the nearby royal apartments. Maria Theresa Walburga Amalia Christina 1717–1780 was the only female ruler of the Habsburg dominions and the last of the House of Habsburg. She was the sovereign of Austria, Hungary, Croatia, Bohemia, Transylvania, Mantua, Milan, Lodomeria and Galicia, the Austrian Netherlands and Parma. 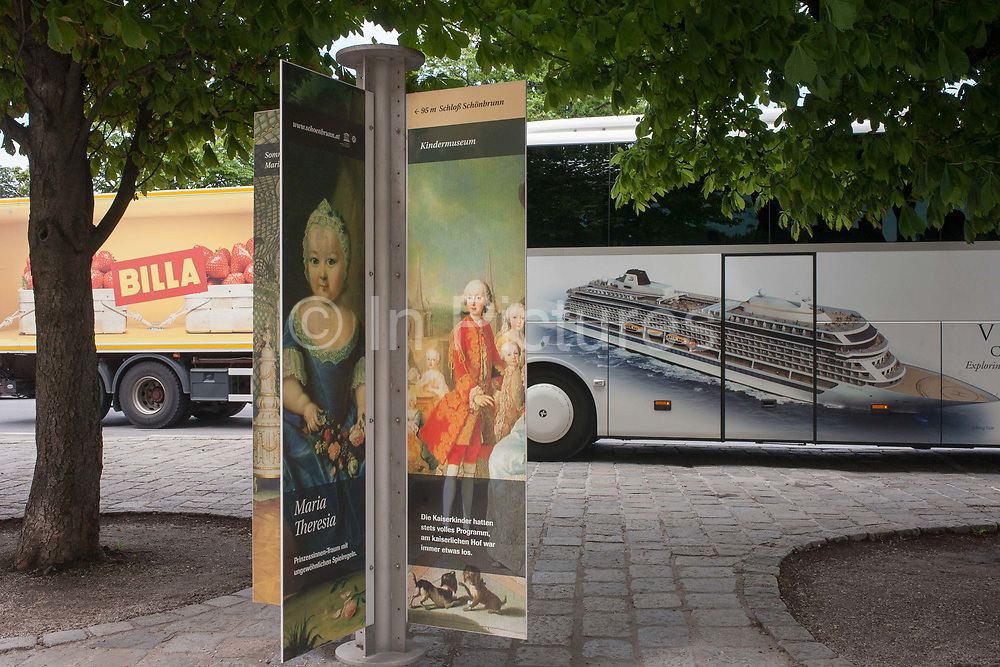