CCTV cameras keep watch on the population, seen in front of a giant construction hoarding in Whitehall, Westminster, London. With the classical figures in the background symbolising Britain's population, a society constantly under the gaze and surveillance by the state and whose data is now known to be accessed without permission for security reasons. The illustration is from the Peter Paul Rubens painting 'The Apotheosis of James I' which appears on a ceiling inside the Banqueting House, behind this screen and location of King James' son, Charles 1st execution. 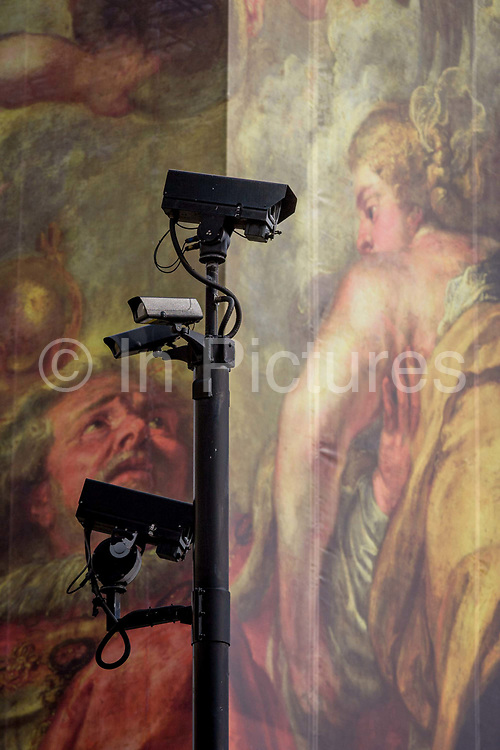