Apatani tribal elders Atta Yadd and her husband Ba Khang wake up in the early morning, freshen up on the raised bamboo platform of their one roomed "open plan" bamboo made stilted hut, sleeping on mats in the center close to the bamboo fire which is protected by a brick-lined hearth in the village of Hijja, Arunachal Pradesh. The Apatani tribe are one of hundreds of indigenous tribes scattered across India, particularly the north east. Their origins are from Mongolian nomadic tribes whom settled on the Ziro plateau, close to the Chinese border, they practice fixed agriculture as well as forestry, planting trees on the rim of the plateau as well as bamboo forests from which they derive fire wood, building their homes as well as using the bamboo for all manner of applications in their daily lives, cooking utensils and household containers amongst other uses. They carefully cultivate bamboo forests allowing them to grow, but not flower and die, as this would spell disaster for their very own existence. They also tend to their rice fields and live stock for what is mostly a subsistence economy. The Indian constitution recognizes over 500 indigenous tribes, which account for 8.5% of the total population 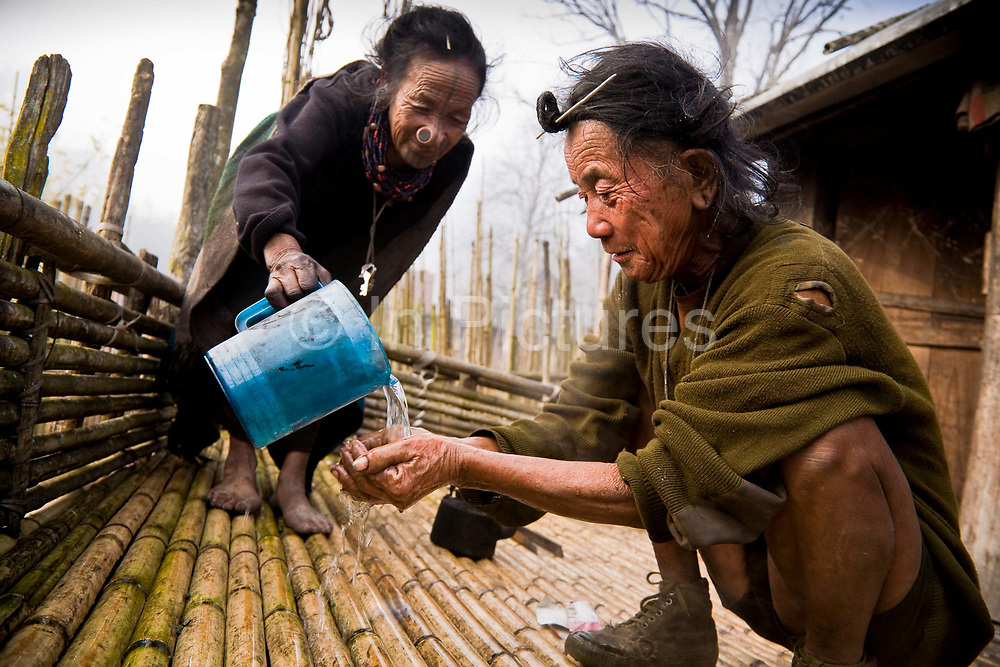