UK - London - Map used for training of The Knowledge

Map used for training of 'the knowledge'. The taxi driver is required to be able to decide routes immediately in response to a passenger's request or traffic conditions, rather than stopping to look at a map, rely on satellite navigation. Consequently, the 'Knowledge of London' Examination System, informally known as 'The Knowledge', is the in depth study of a number of pre-set London street routes and places of interest that taxicab drivers in that city must complete to obtain a licence to operate a black cab. It was initiated in 1865, and has changed little since. It is claimed that the training involved ensures that London taxi drivers are experts on London, and have an intimate knowledge of the city which no technology has yet rivalled.It is the world's most demanding training course for taxicab-drivers, and applicants will usually need at least twelve 'Appearances' (attempts at the final test), after preparation averaging 34 months, to pass the examination. 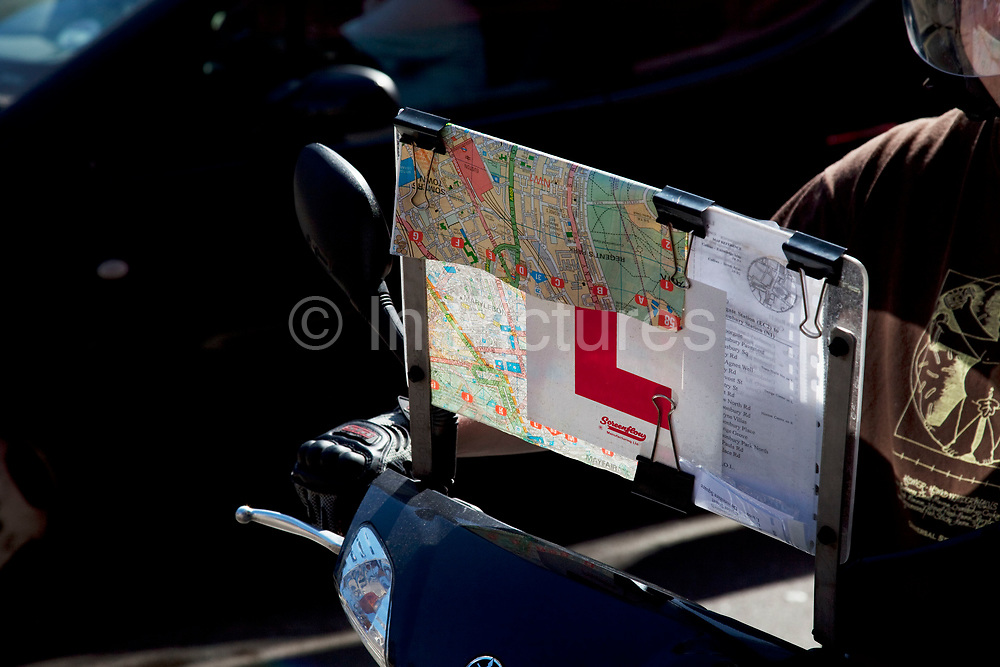