Tibetan coach giving some advice during half time. London Turkish All-Stars Vs Tibet during the Conifa Paddy Power World Football Cup Placement Match A on the 5th June 2018 at Bromley in the United Kingdom. London Turkish All-Stars 4 Tibet 0. Tibet were due to play Ellan Vannin, although Ellan Vannin were withdrawn by CONIFA. Ellan Vannin’s withdrawal comes following a vote of the tournament management committee on Monday 4 June, which rejected a challenge by Ellan Vannin to the eligibility of a Barawa player. The CONIFA World Football Cup is an international football tournament organised by CONIFA, an umbrella association for states, minorities, stateless peoples and regions unaffiliated with FIFA. 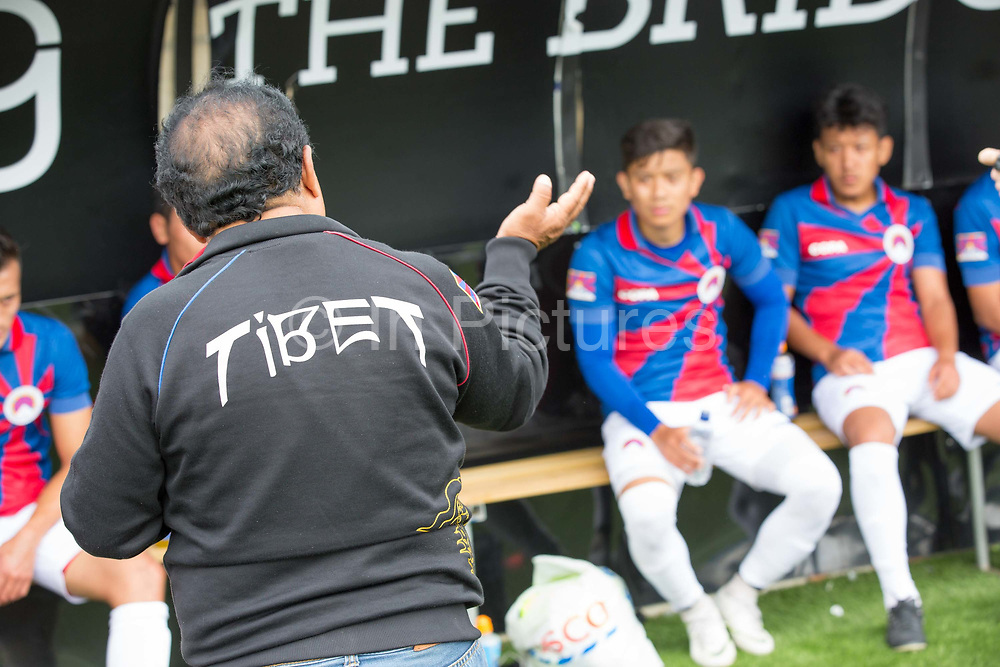