In the 100th year after WW1 started, a detail of the war memorial hero in Cornhill, City of London remembering those killed in the First World War, lost in the trenches and the fields of Flanders from 1914-19. Three lanterns stand to the left and in the background are the pillars of the Bank of England, from where many served in the British forces and now dedicated by the City of London, the UK capital's financial and historic heart. Two soldiers face away from each other with rifles between their boots, they represent a lost generation when the nation's youth sacrificed their lives in the 20th century's first great conflict. The inscription says that their names will live for evermore. 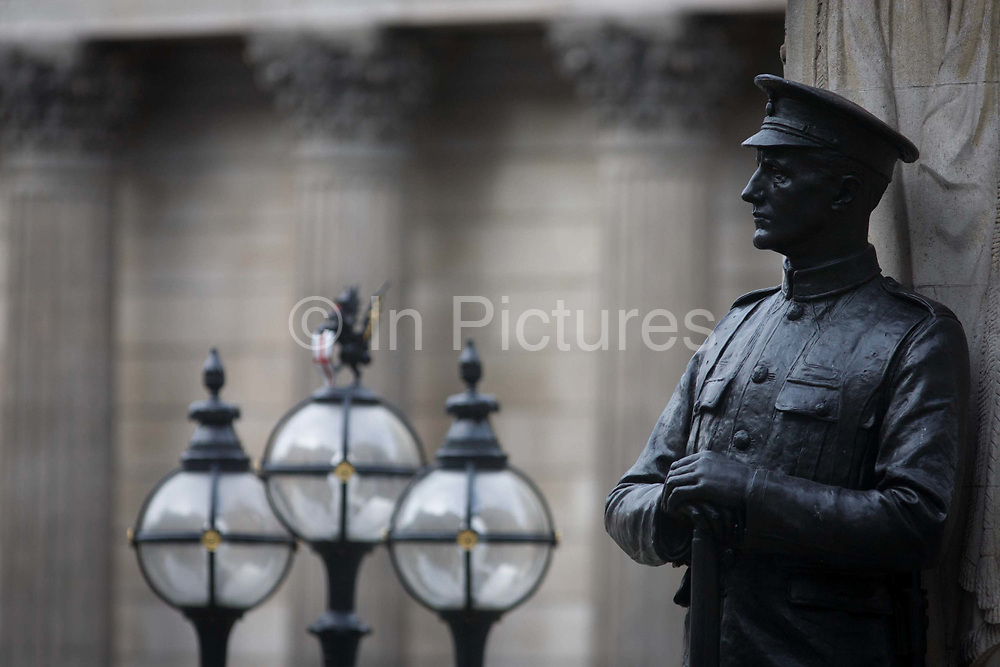