A detail close-up of a City of London sign, locating the site of the former Grey Friars Monastery. In London, the Greyfriars was a Franciscan friary that existed from 1225 to 1538 on a site at the North-West of the City of London by Newgate in the parish of St Nicholas in the Shambles. It was the second Franciscan religious house to be founded in the country. It flourished in the fourteenth and fifteenth century, but was dissolved in 1538 at the instigation of Henry VIII as part of the dissolution of the monasteries. 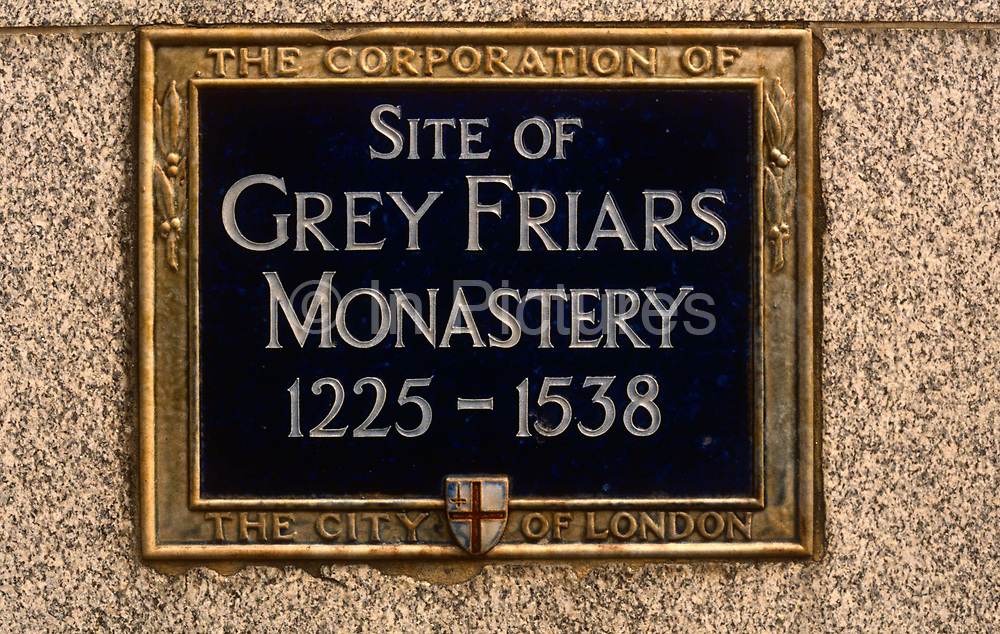