Pro fur ban campaigners outside Parliament June 4th 2018, Central London, United Kingdom. John McDonnell, Shadow Chancellor speaks in support of the ban and the protest. In connection with a debate on banning fur import to Britain in Parliament Open Cage and Humane Society International held a demonstration outside Parliament to draw attention to the continued use of fur in Britain inspite of fur production is banned in Britain. The campaigners want all sale of fur banned. 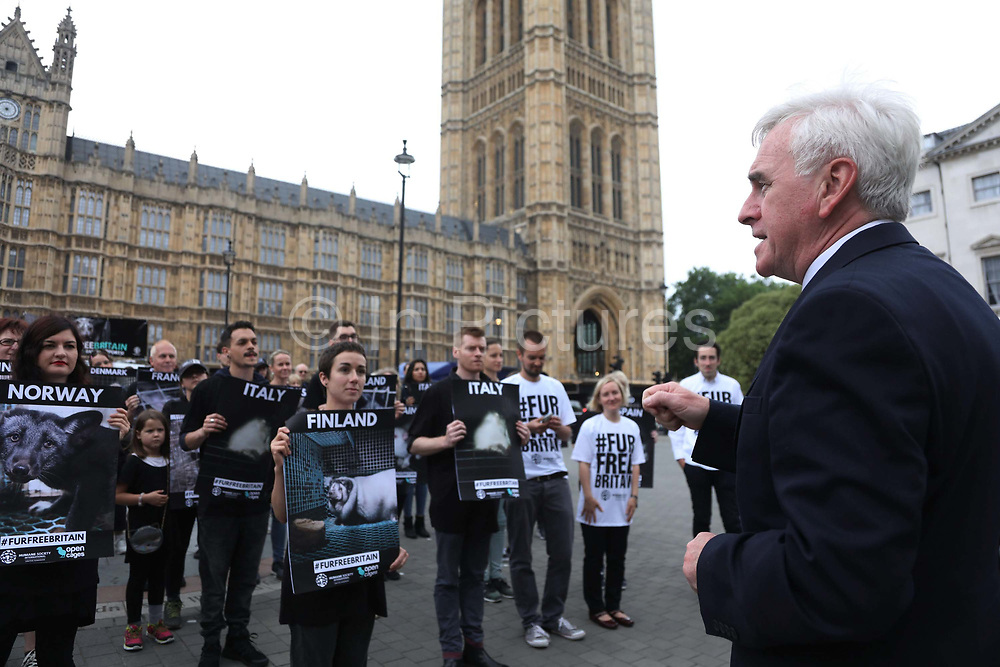