Suspect packages have been found outside premises in Central London, a situation urgent enough to warrant the closure of Holborn and surrounding streets in case the items are terrorist-related. The subsequent evacuation of commuters at a time when thousands of office workers were making their way out of their company buildings towards the London Underground station ahead on the right. A police officer runs across the road stretching a length of police tape barring anyone from crossing. The force are taking no chances from abandoned rubbish left at will in public places - their efforts that may save lives from explosive terrorist devices, such as bombs. With streets emptied during the busiest time of the day, the police have control of the area while around the corner, experts inspect the problem before re-opening to the public. 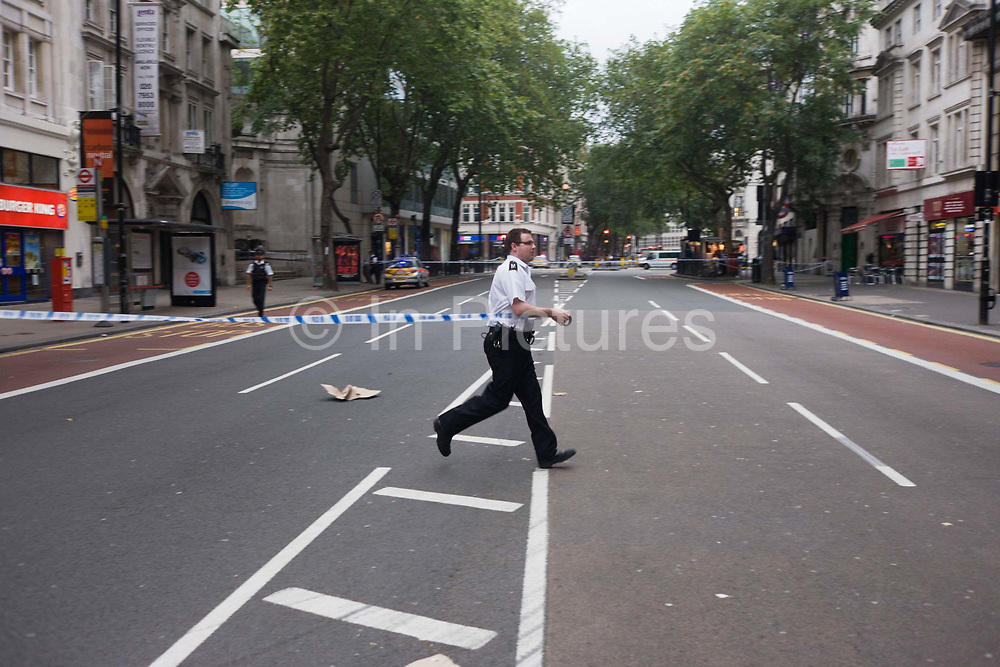