A year after the fall of the Berlin Wall and the end of the Communist Eastern Bloc, children play in Marx Engels Platz on an East Berlin shopping precinct roof built during the Communist DDR-era, on 4th November 1990, in Berlin, Germany. Marx-Engels-Forum was a public park in the central Mitte district of Berlin. It was named for Karl Marx and Friedrich Engels, authors of The Communist Manifesto of 1848 and regarded as founders of the Communist movement. The park was created by authorities of the former German Democratic Republic GDR in 1986. 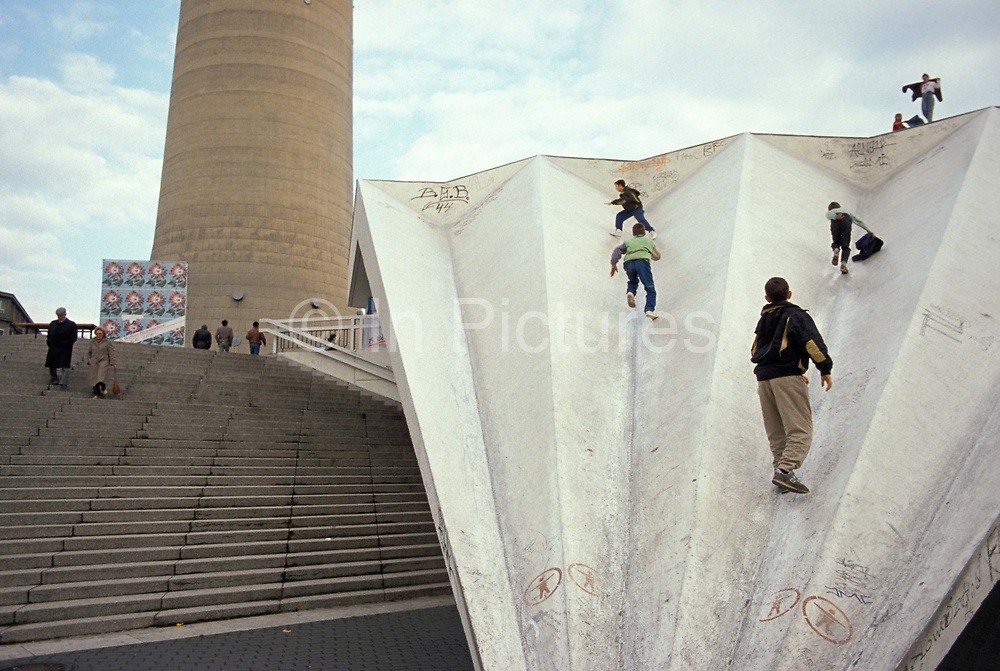