A lone auburn-haired woman waits to cross the road on the corner of Duke Street, central London, outside the Piccadilly flagship branch of British fashion brand Cath Kidston. Standing still and echoed in the model featured on a large window poster on the left, she appears in a patch of winter sunlight. In the background is the entrance to Burlington's Arcade. Cath Kidston Limited is an international chain of home furnishing retail stores based in England, opened in 1993. Designer Cath Kidston opened her first shop in London's Holland Park in 1994, selling hand-embroidered tea-towels and brightly renovated furniture. In 2010, Cath Kidston sold a majority stake of the company to private equity investors TA Associates 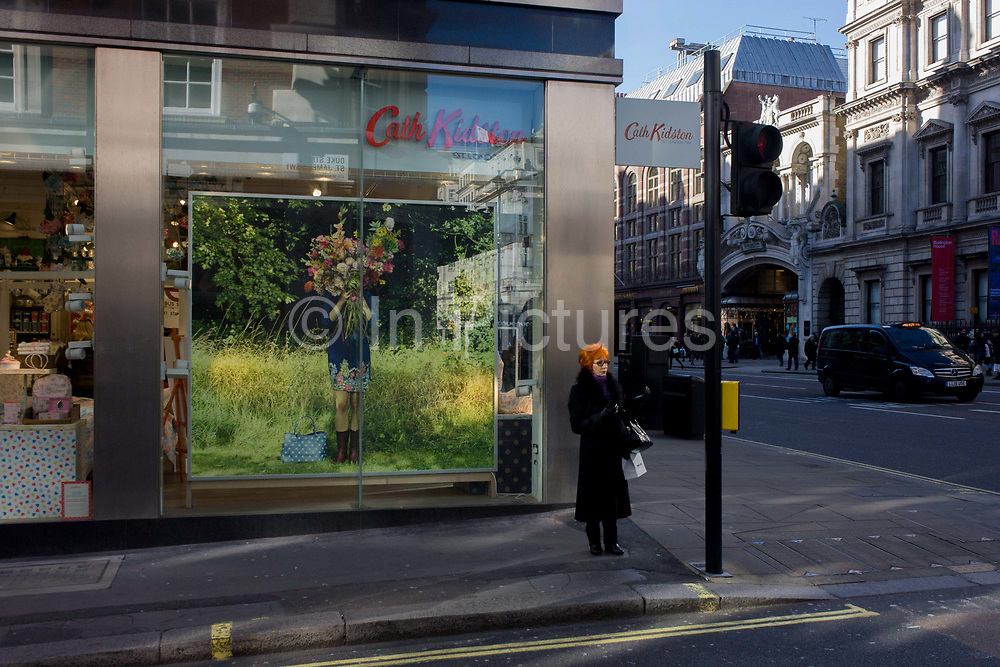