Legendary Hollywood producer, Branko Lustig in a cafe in Sarajevo, Bosnia.Lustig (born June 10, 1932) is a prominent Croatian film producer. He is the only Croatian person to have won two Academy Awards. Lustig received his first Oscar in 1993 for the production of Schindler's List. He received his second Oscar for the epic movie Gladiator. Other major Hollywood films that Lustig has worked on as a producer or executive producer include The Peacemaker (1997), Hannibal (2001), and Black Hawk Down (2001). 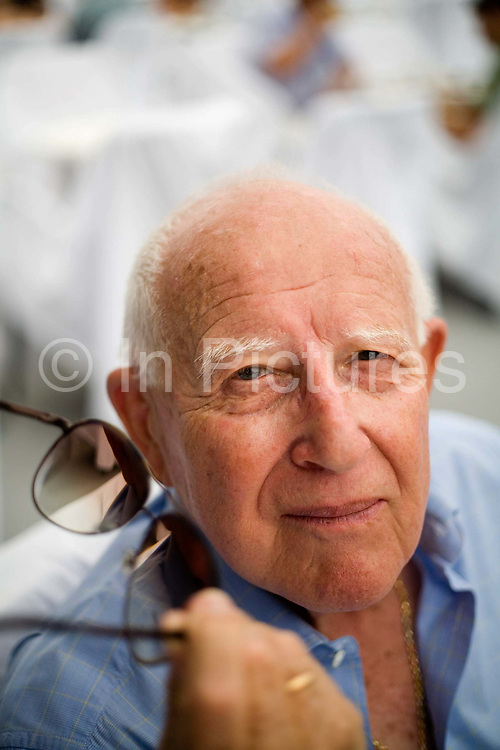