Late at night in a South London street, two young children remain fast asleep in the back of their parents' car. It is a dark despite pools of light falling from street lighting that throw heavy shadows beneath other vehicles. The silhouettes of large ash trees can be seen against the city skyline. The interior lights in the car are switched on to reveal the sleeping childrens' faces. An older girl has her mouth wide open while her younger brother is seen in profile but both are peacefully unaware that they have arrived home after a long drive fro the countryside to the inner-city. From a personal documentary project entitled "Next of Kin" about the photographer's two children's early years spent in parallel universes. Model released. 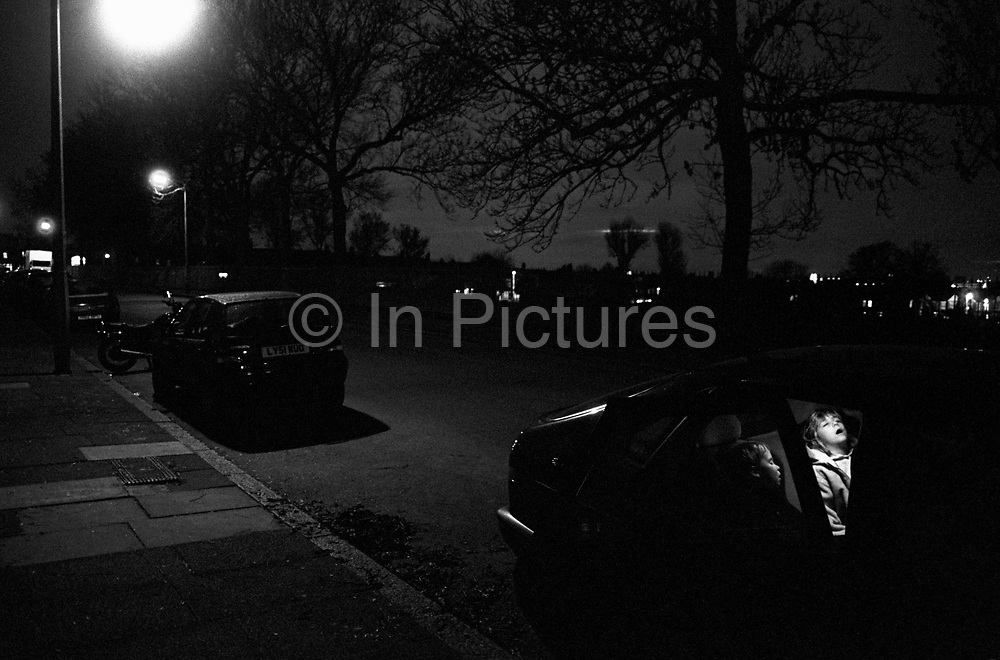