City Lighting And Bank Of England

Early evening lighting illuminates the street, below the Bank of England, on 9th December 2016, in the City of London, England. The Bank moved to its current location in Threadneedle Street in 1734, and thereafter slowly acquired neighbouring land to create the edifice seen today. Sir Herbert Bakers rebuilding of the Bank, demolishing most of Sir John Soanes earlier building, was described by architectural historian Nikolaus Pevsner as the greatest architectural crime, in the City of London, of the twentieth century. 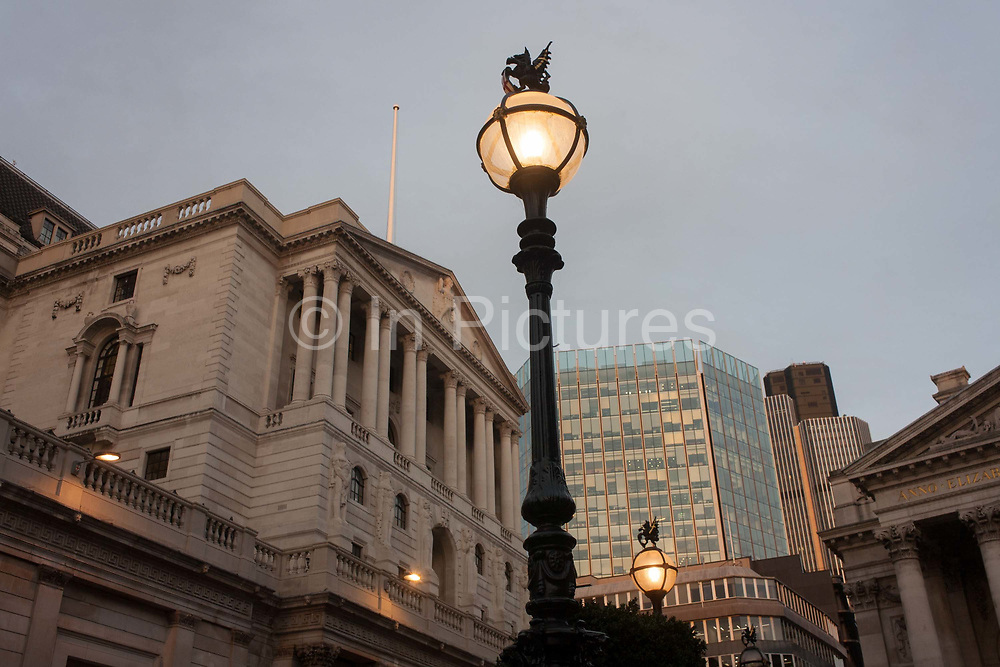