Riot police surrounded by yellow smoke from a smoke bomb stand their ground after a clash on a street in Mayfair. Anti capitalists / anarchists go on the rampage through central London on the back of the peaceful TUC protest march. The masked demonstrators ran a twisting route through the capital confusing the police and creating a situation which was very difficult to manage. The protesters attacked banks, shops and hotels, and the police in riot gear fought face to face with them as they were pelted with ammonia, paint and fireworks loaded with coins. 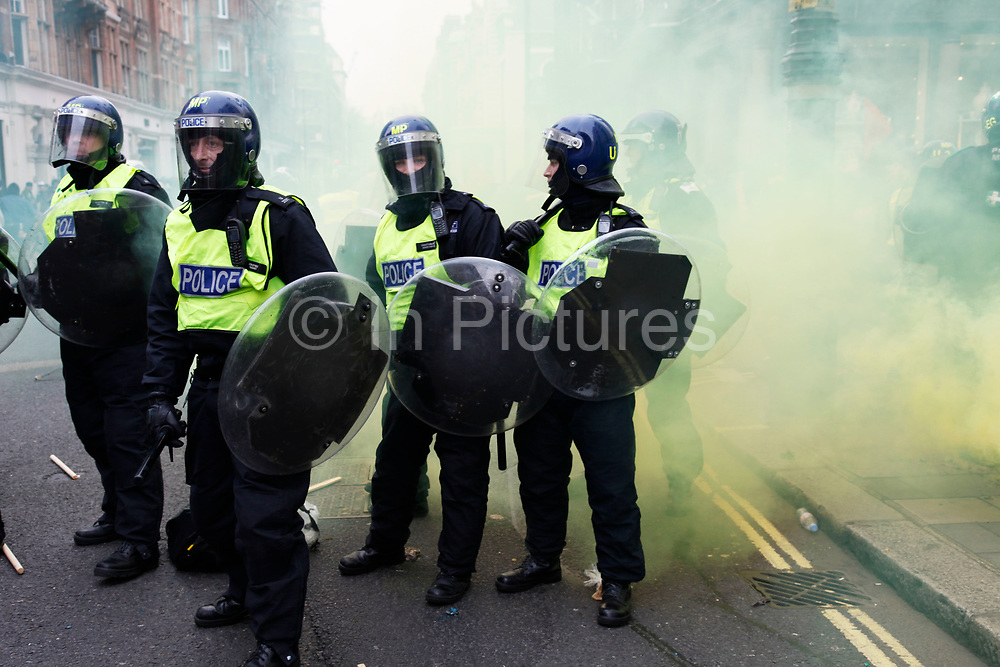