On the very last day of British rule over its Hong Kong colony, we see two groups representing this colonial territory's population. Commuters walk through Chater Garden about to pass another group of older exercise class. Towering above them all is the Bank of China skyscraper, then the tallest building in Asia, As the last hours tick away before the transfer of sovereignty of Hong Kong from the United Kingdom to the Peoples Republic of China (PRC), often referred to as "The Handover" on June 30, 1997. Midnight of that day signified the end of British rule and the transfer of legal and financial authority back to China. Almost 7 million people call a territory of 1100 sq km home, squeezing onto only 10% of the available land space. This is a metropolis of high population density and one of the world's economic powerhouses. 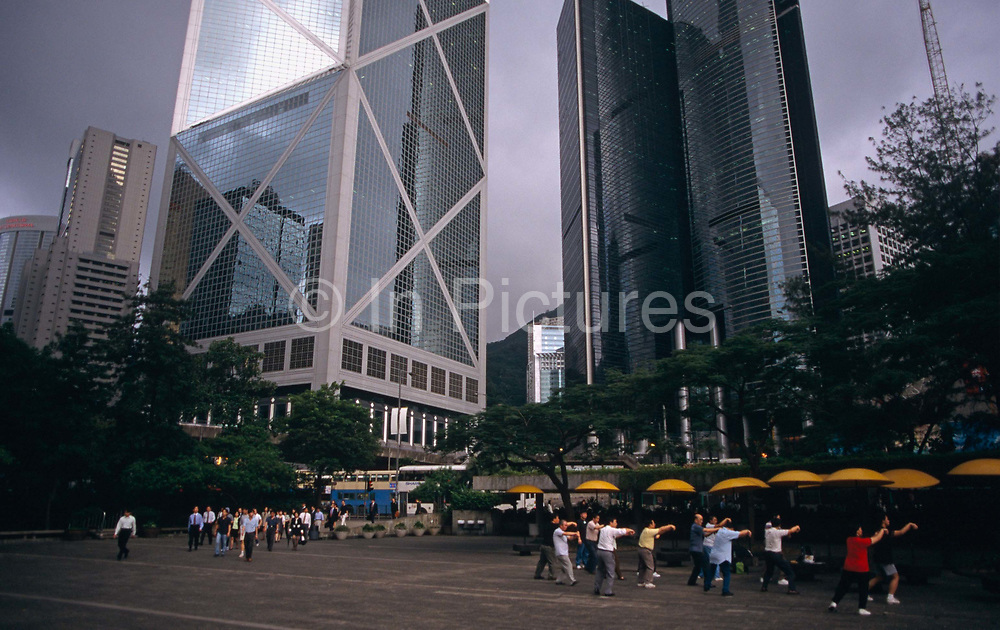