Melted properties and devastated frontages after an inner-city estate fire in south London. A satellite dish has all but been incinerated after being exposed to very high temperatures facing the scene of this davastating incident. About 310 people were forced to leave their homes after the fire engulfed a wooden structure under construction in scaffolding at Sumner Road and Garrisbrooke Estate, Peckham, London at about 0430 AM. It spread to two blocks of maisonettes and a destroyed a pub. More than 150 firefighters tackled this unusually large and ferocious fire which injured ten people, including two police officers who received hospital treatment for minor injuries. 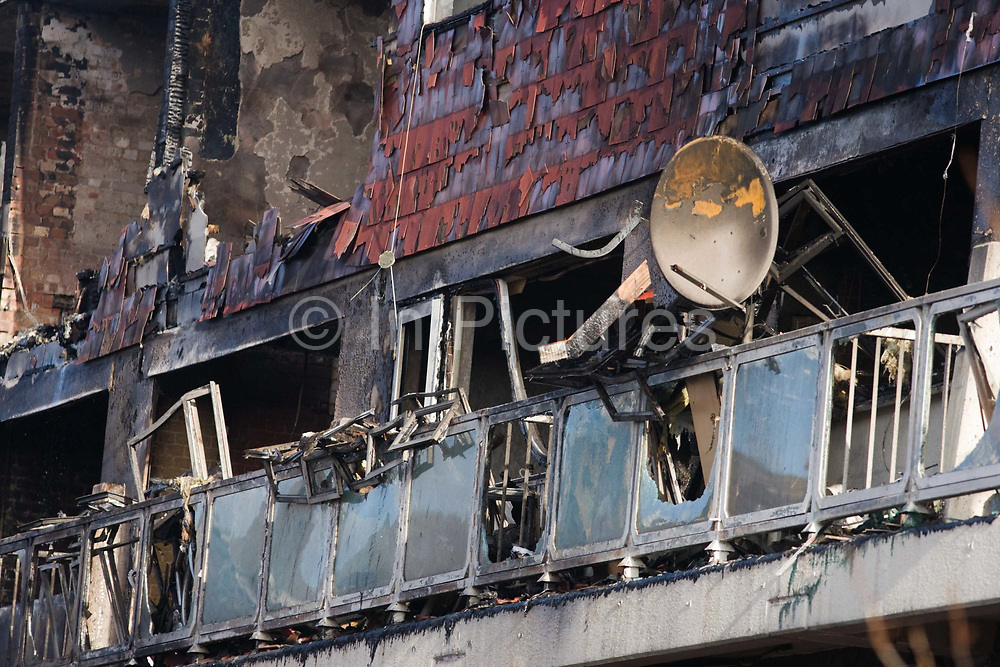