Abandoned neon pub sign is on the famous Marathonas Avenue near Nea Makri, the original route that the Athenian messenger Pheidippides ran in 490BC. The runner was sent to deliver word of the Greek victory over Persia at the Battle of Marathon. Running 240 km (150 miles) in two days to request help when the Persians landed, he then ran the 40 km (26 miles) from the battlefield Athens to announce the Greek victory over Persia in the Battle of Marathon with the words 'We have won'. The story inspired the marathon and at the birthplace of modern sports at ancient Olympia, where for 1,000 continuous years, the ancient pagan festival of sport and debauchery were held. The 29th Olympics came home to Greece in 2004. The modern games share many characteristics with its ancient counterpart. Corruption, politics and cheating interfered even then, as now. 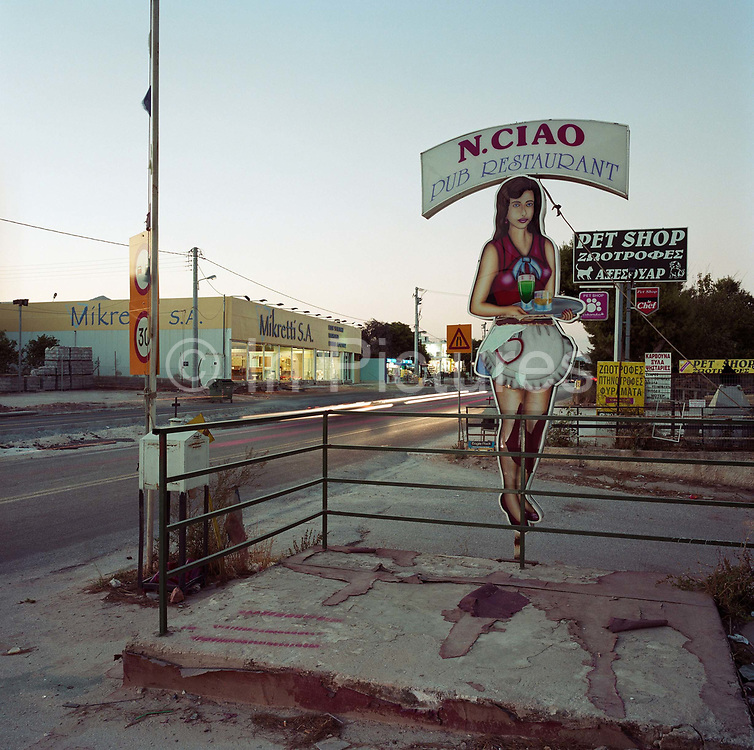