A Matadores pauses for a moment before entering the bullring at an evening Corrida de Touros, on 15th July 2016, at Caldas da Rainha, Portugal. A matador de toros or killer of bulls from Latin mactator, killer, slayer, from mactare, to slay is considered to be both an artist and an athlete, possessing great agility, grace, and co-ordination. The great personal danger of bullfighting adds to the performing matadors mystique; matadores are regularly injured by bulls and, concurrently, 533 professional bullfighters have been killed in the arena since 1700. In the Portuguese version, unlike Spanish bullfights, the bull is not killed. 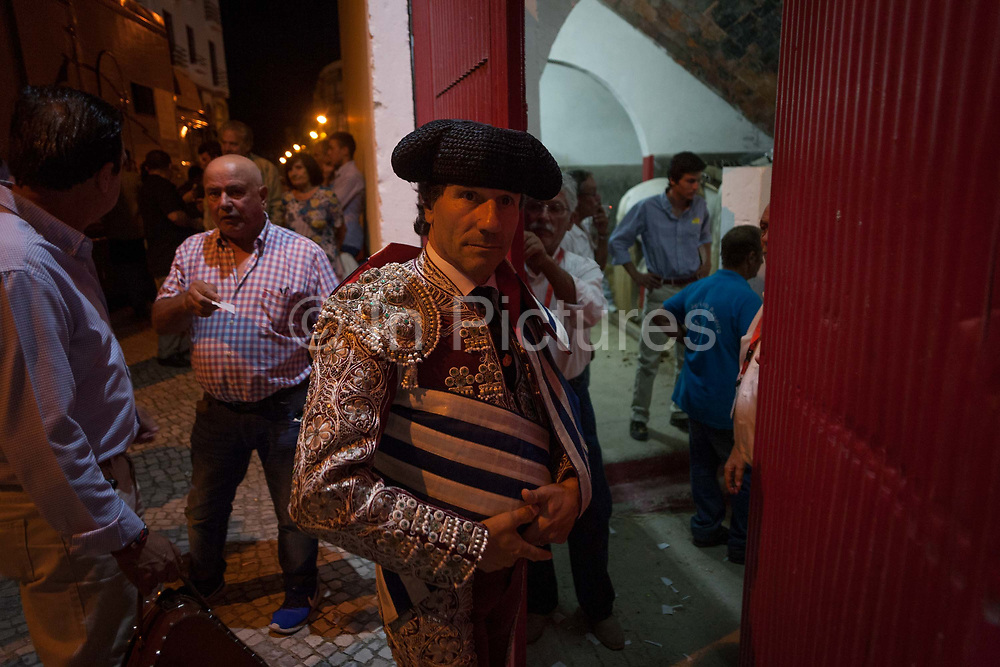