A stray dog sleeps in shadows in front of The National Bank of Greece in Plateia Kozia between the areas of Omonia and Monastiraki. It is the oldest and largest commercial banking group in Greece. The group has a particularly strong presence in Southeastern Europe and the Eastern Mediterranean. It owns subsidiaries in over 18 countries. Founded in 1841 as a commercial bank, NBG enjoyed the right to issue banknotes until the establishment of the Bank of Greece in 1928. It has been listed on the Athens Stock Exchange since the Exchange's foundation in 1880. Since October 1999, the Bank has been listed on the New York Stock Exchange. The NBG Group is involved in the investment banking services, brokerage, insurance, asset management, leasing and factoring markets. Athens is the capital and largest city of Greece. It dominates the Attica periphery and is one of the world's oldest cities, as its recorded history spans around 3,400 years. Classical Athens was a powerful city-state. A centre for the arts, learning and philosophy. 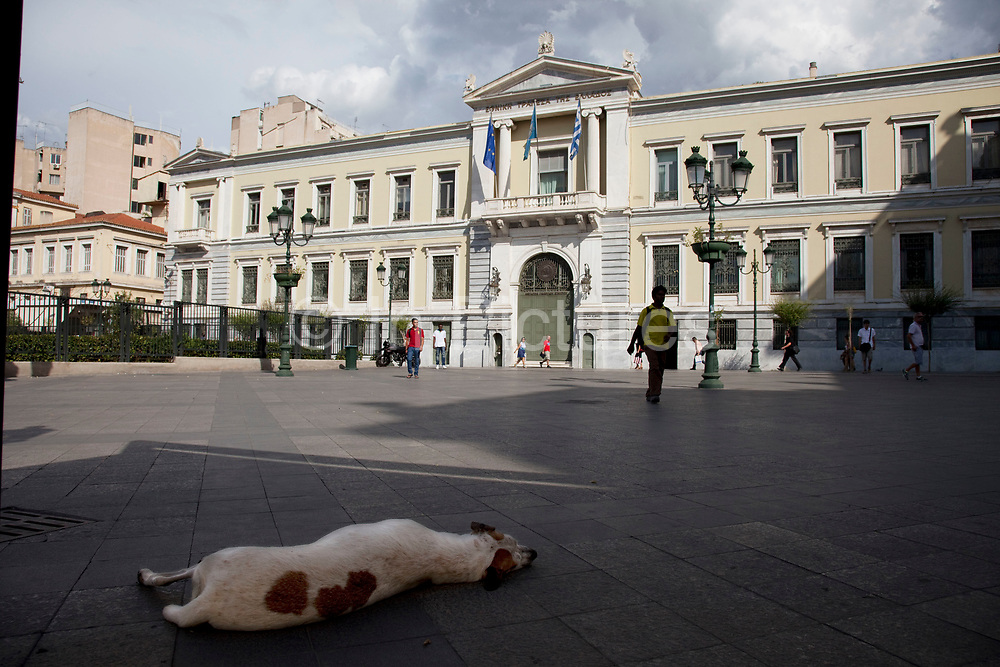