A young boy holds a placard as womens rights protesters gather outside the Cypriot Embassy in protest and support of a 19-year-old British woman who has been convicted of falsely claiming that she was raped in a hotel in Ayia Napa by 12 Israeli men in the summer of 2019, on 6th January 2020 in London, England, United Kingdom. The case has caused outrage in the U.K. with #IBelieveHer and #BoycottCyprus being used on social media. She is due to be sentenced on 7th January. 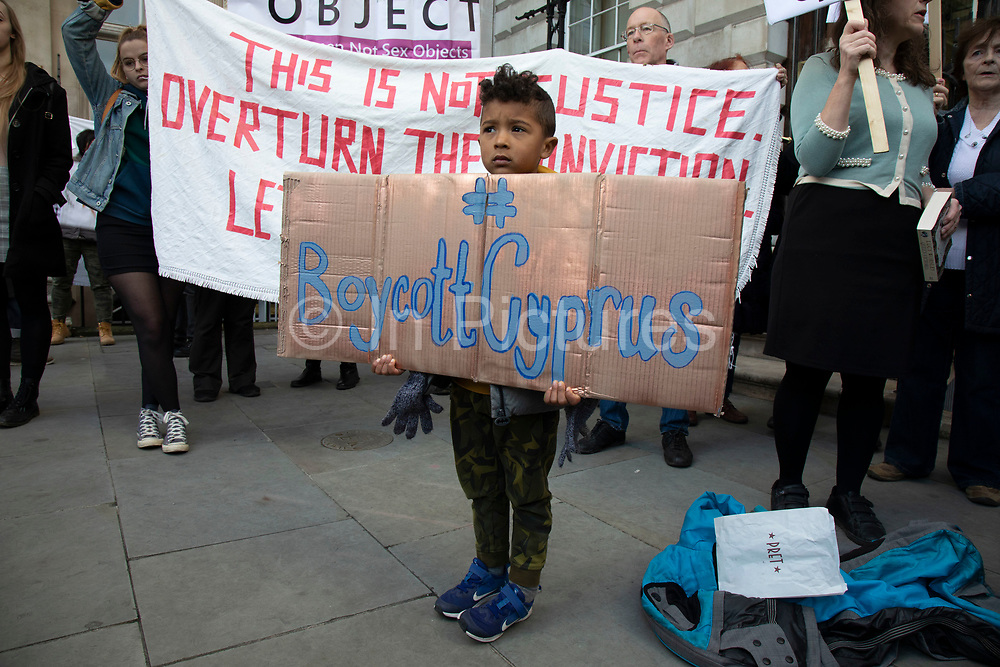