3 of 3 in a photo sequence showing children ignoring a no climbing safety sign, hauling themselves on to the plinth of Nelson's Column, on 15th December 2016, in Trafalgar Square, next to a Christmas nativity scene in London, England. The Greater London Authority (GLA) has banned tourists climbing the 148-year-old lions due to fears they are being damaged, with potentially dangerous cracks appearing as well as the indignity of having rubbish pushed in their mouths. There has also been a serious injury resulting in an air ambulance helicopter landing to evacuate to hospital in 2015. 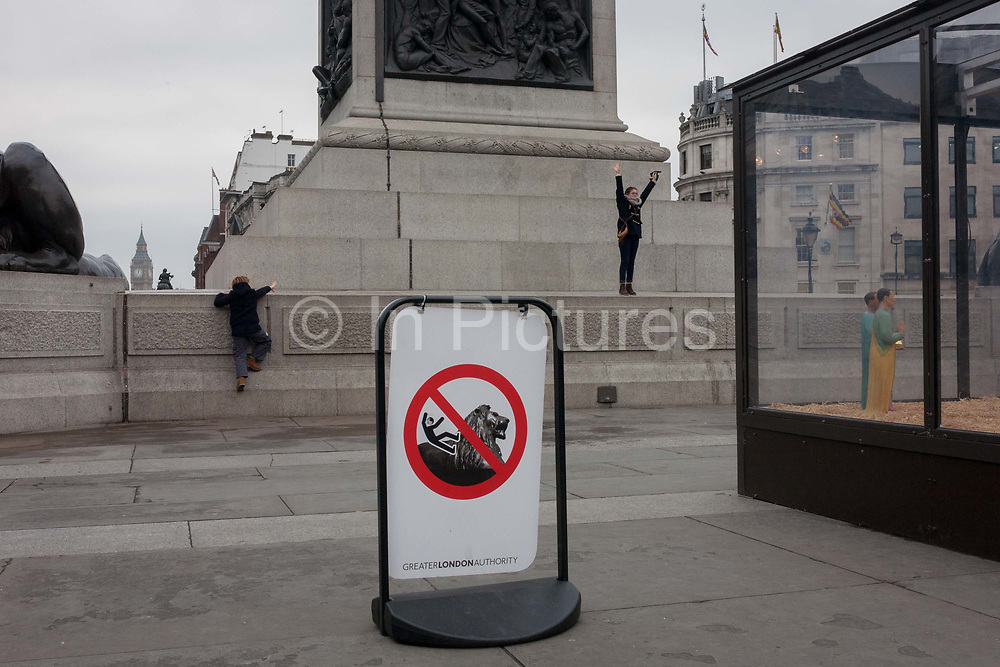