Under 12 school teams boys and girls play the traditional game of Shinty. Kingussie (in red and blue) versus Banavie school from Fort William. Many of the players are sons or daughters of first team players. 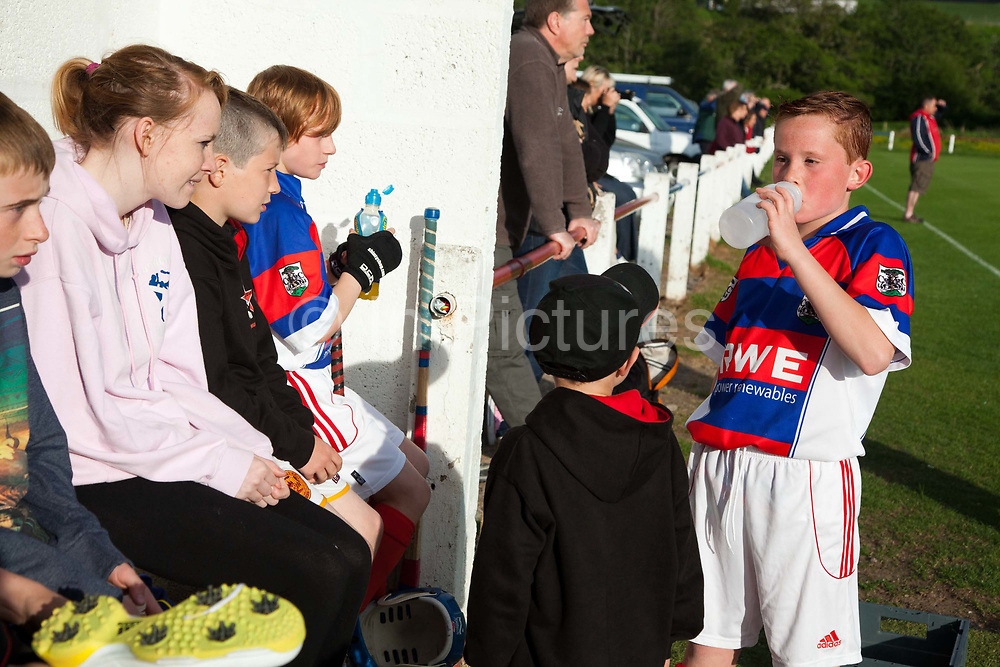