Pedestrians In The City

A cyclist has hired a public bike sponsored by Santander and rises off his saddle and pedals past traffic bollards on Cannon Street, on 24th August 2016, in the City of London, UK. Santander Cycles is a public bicycle hire scheme in London, United Kingdom. The schemes bicycles are popularly known as Boris Bikes, after Boris Johnson, who was the Mayor of London when the scheme was launched. This busy road runs across the capitals financial district, founded by the Romans in the first Century. 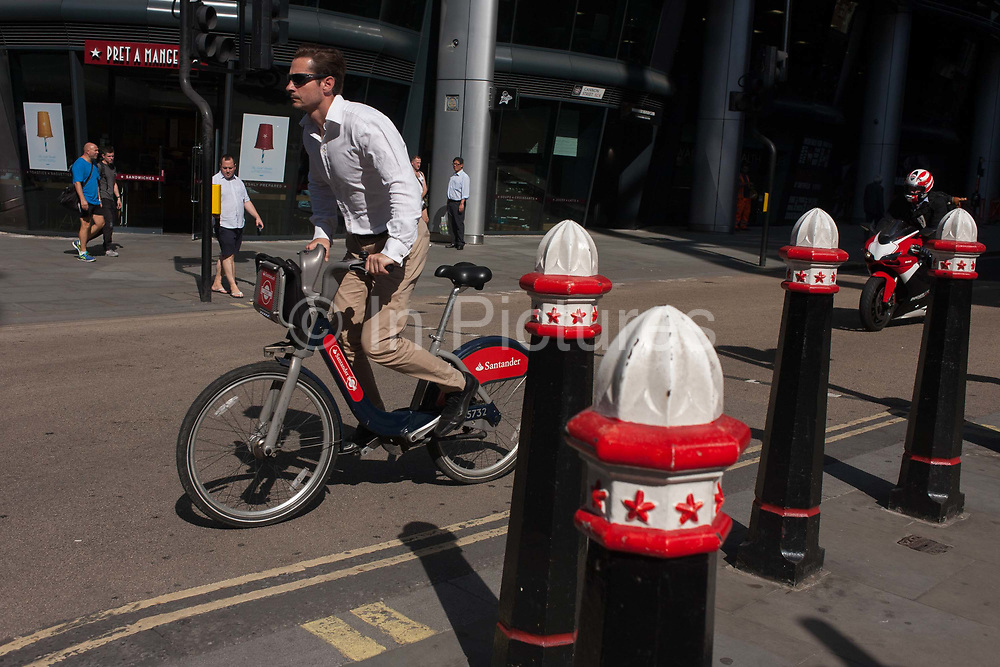