A large, manly woman sips a pint of lager during a darts tournament where she competes in an England Open tournament at the Bunn Leisure Holiday Park in Selsey, near Chichester on the south coast of England. Holding three darts with a Union Jack flags on the 'flights', her glass covers her face but we see her rings and bracelet and her ample belly after a life of beer and cigarettes in pubs like this. A great deal of alcohol (mostly lager, but also Coke) is consumed during darts tournaments although smoking in public places has now been banned in the UK, including pubs and bars. This audience seemed to consist largely of very large lesbian women from working families which seems to suggest that the pub (and alcohol) is still the place where women are attracted to the game of darts. 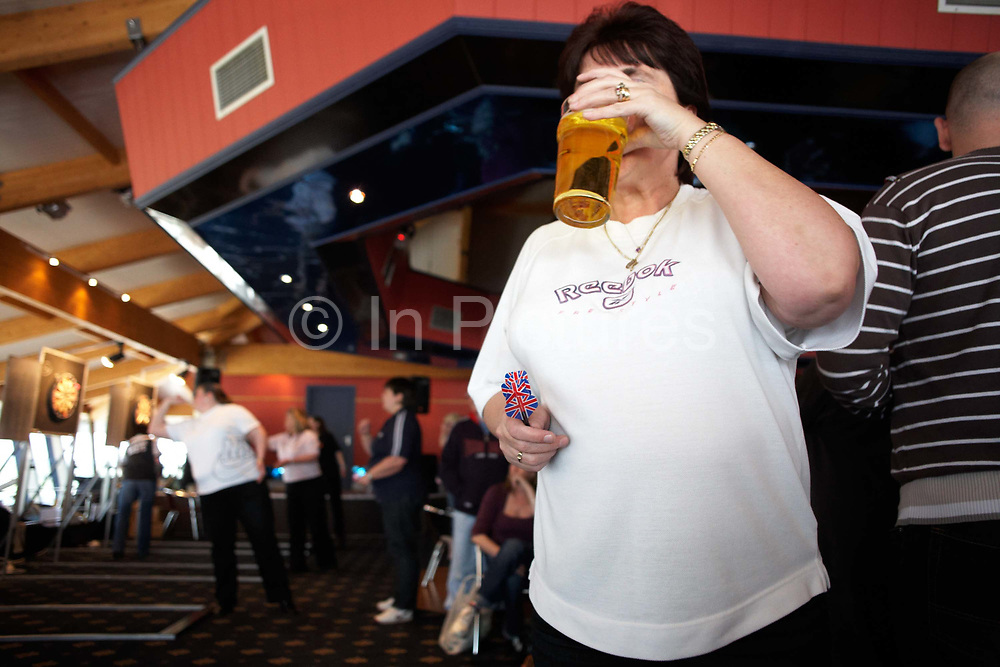