While on ceremonial duties at the Queen's Buckingham Palace, members of the Welsh Guards prepare the finer details of uniform presentation at the Wellington barracks, opposite the Palace in central London, England. Buffing up their bearskin hats and brushing away any specks of dust from shoulders, they each help the other appear as near-perfect as they can before parading in front of thousands during the Changing of the Guard or at other times, during tropping of the Colour on the Queen's birthday occasion. Formed in 1915 by order of King George V, have fought in every war since but are housed at the Wellington Barracks purely for ceremonial reasons, also serving on active duty in the world's trouble spots, where their professionalism is demanded by their British Ministry of Defence masters. 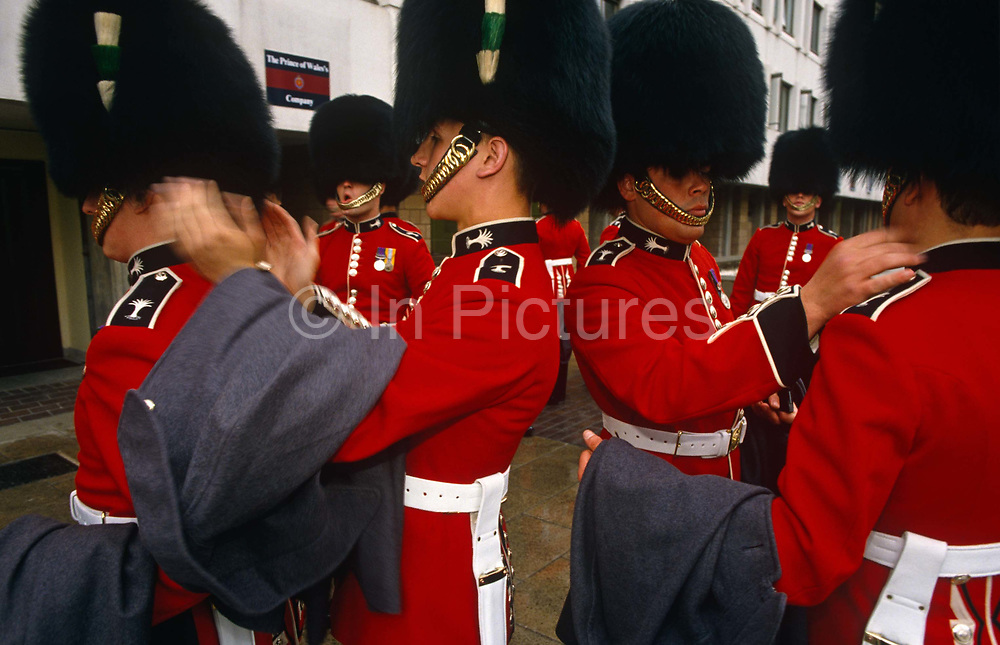