A Post Office employee hauls a cart full of post onto the station platform on the Mail Rail system. The Post Office Railway, also known as Mail Rail, was a narrow-gauge driverless underground railway in London, built by the Post Office with assistance from the Underground Electric Railways Company of London, to move mail between sorting offices. Inspired by the Chicago Tunnel Company it operated from 3 December 1927 until 31 May 2003. It ran east–west from Paddington Head District Sorting Office in the west to the Eastern Office at Whitechapel in the east, a distance of 6.5 miles (10.5 km). It had eight stations, the largest of which was underneath Mount Pleasant, but by 2003 only three stations remained in use because the sorting offices above the other stations had been relocated. 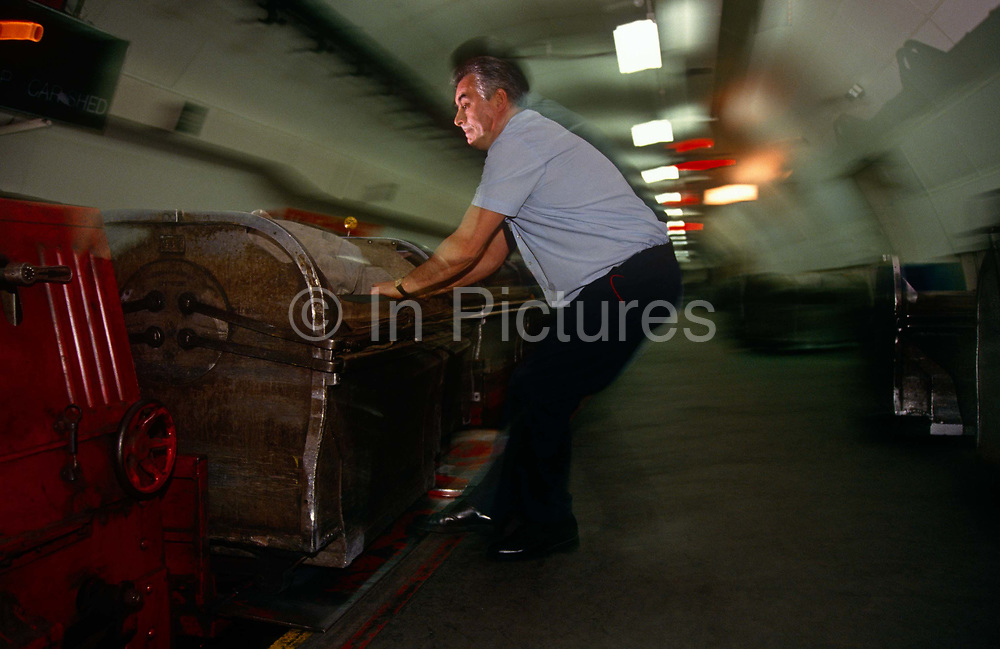