Whitechapel is not for sale protest banner during a campaign against London Borough of Tower Hamlets planning decision to develop the Whitechapel Bell Foundry into a boutique hotel on the 9th November 2019 in East London in the United Kingdom. Whitechapel Bell Foundry closed in June 2017, having cast bells in the East End for almost 450 years. Campaigning with East End Preservation Society, directly petitioning Tower Hamlets Council to preserve the foundry on the grounds of its great historical importance. Operating in Whitechapel from the 1570s — and from its current location since the mid 1740s — the foundry produced world famous bells, including Big Ben, 1858, and the Liberty Bell. Before it shut its doors, Whitechapel was one of two remaining bell foundries in the UK. The site is now owned by property developer, Raycliff, which wants to turn the site into a boutique Hotel. 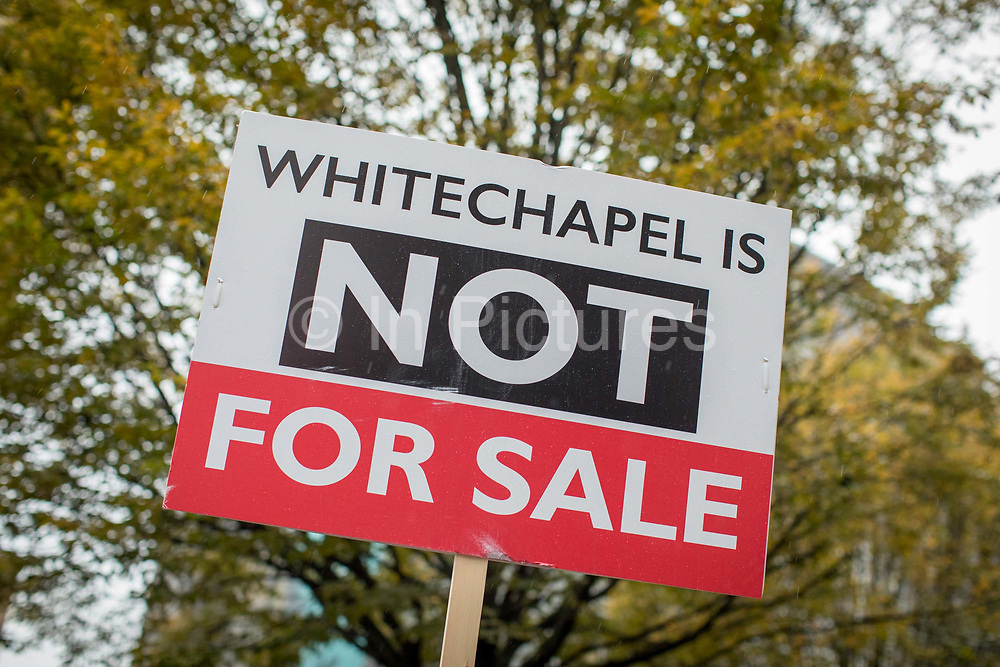