Anarchists gather as a black bloc for the Fuck Parade to party and protest at the class and wealth divide between rich and poor and the gentrification of London, the demonstration was organised by anarchist group Class War on May 1st 2016 in London, United Kingdom. The parade is now part of the May Day activism calendar as dissatisfaction about the establishment, the police and the inadequacy of the press is highlighted. Protester wearing a pig face head emblazoned with the letters ACAB (meaning All Coppers Are Bastards) amonst coloured smoke from a smoke bomb. (photo by Mike Kemp/In Pictures via Getty Images) 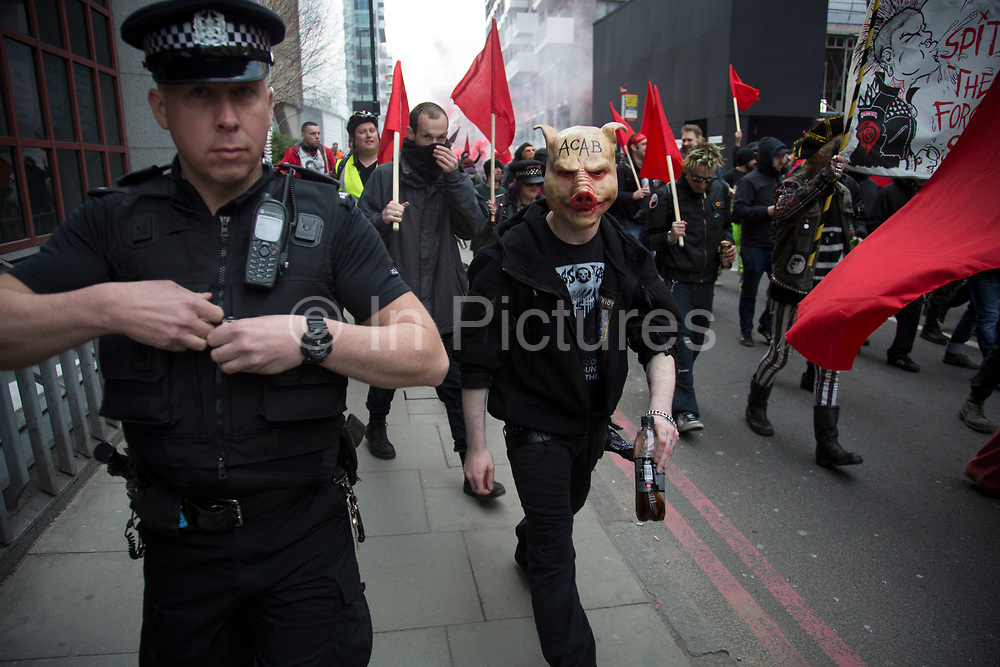