An EU flag and the Prussian Eagle sit side-by-side, on 16th May 2000, in Frankfurt, Germany. The EU flag hangs limply alongside the old German world Prussian eagle near the balcony of Frankfurts Rathaus or Town hall in historic Romerberg Square. The yellow stars formed into a circle of the European Union member states lie on a background of blue but the bronze green eagle harks back to a previous era of German politics and culture. The state of Prussia developed from the State of the Teutonic Order. The original flag of the Teutonic Knights had been a black cross on a white flag. Emperor Frederick II in 1229 granted them the right to use the black Eagle of the Holy Roman Empire.[citation needed] This Prussian Eagle remained the coats of arms of the successive Prussian states until 1947. 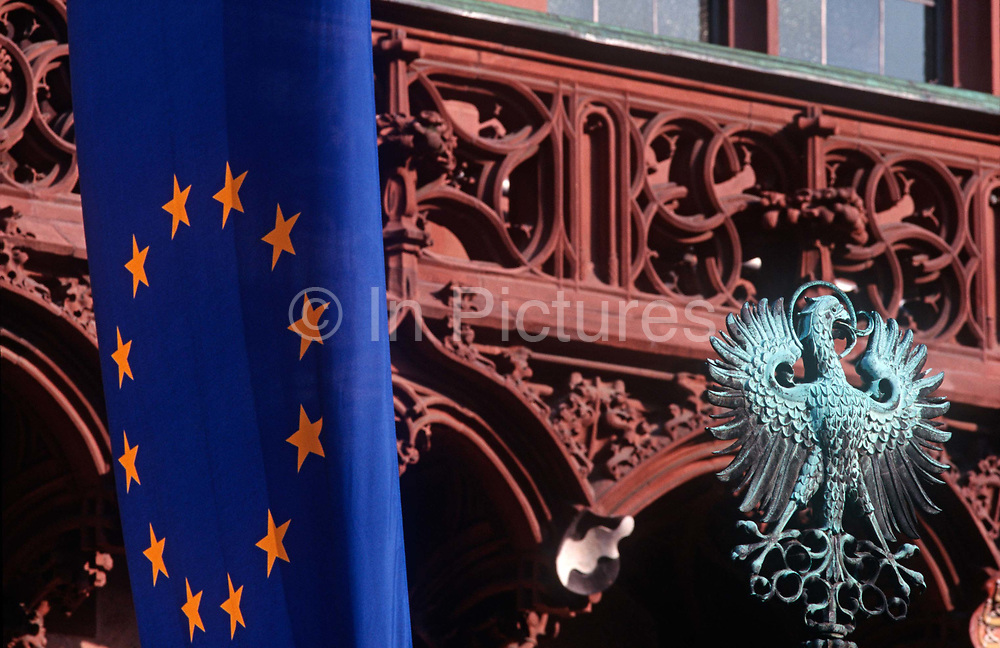