Remains of WW1 shell craters and German trenches at the Beaumont-Hamel battlefield memorial, France. The site is dedicated Newfoundland forces members who were killed during World War I. The 74-acre (300,000 m2) preserved battlefield park encompasses the grounds over which the Newfoundland Regiment made their unsuccessful attack on 1 July 1916 during the first day of the Battle of the Somme. During the First World War, Beaumont-Hamel was very close to the front lines of the conflict and saw heavy combat, especially during the Battle of the Somme which was the largest Allied offensive of the entire war. Beaumont-Hamel is a commune in the Somme department in Picardy in northern France. 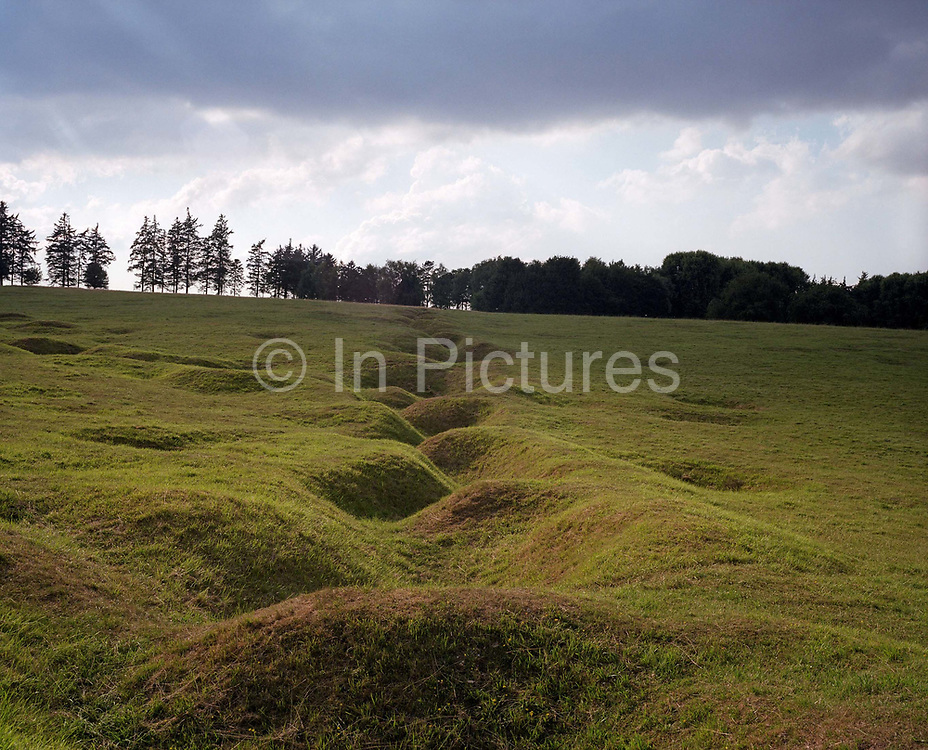