Childrens bears and cuddly toys and some of the victims names on railings near where the Grenfell fire occured, on the first anniversary of the tower block disaster, on 14th June 2018, in London, England. 72 people died when the tower block in the borough of Kensington & Chelsea were killed in what has been called the largest fire since WW2. The 24-storey Grenfell Tower block of public housing flats in North Kensington, West London, United Kingdom. It caused 72 deaths, out of the 293 people in the building, including 2 who escaped and died in hospital. Over 70 were injured and left traumatised. A 72-second national silence was held at midday, also observed across the country, including at government buildings, Parliament. 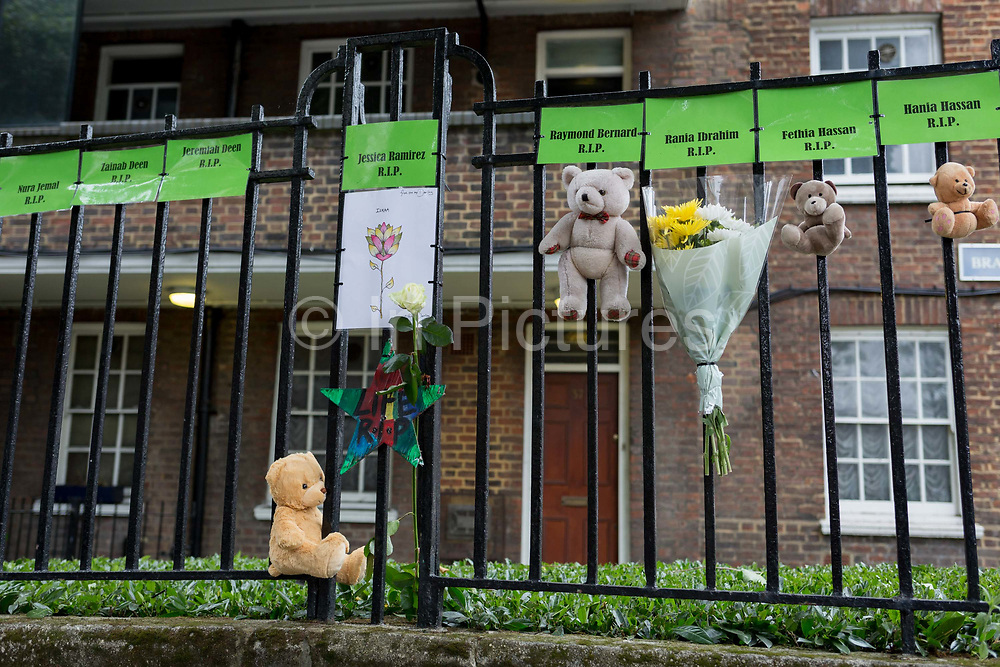