Hunter Timmy Stein with a pheasant he has just shot near Minot, North Dakota, United States. These beautiful game birds are available to hunt during a specified season. As the birds take flight the hunter will assess quickly whether it is a male or female. A female hen will not be shot, but the numerous male birds, known also as roosters or cocks, are fair game. Only the male birds are open for shooting as if allowed to live longer, they become aggressive to the hens, often pecking them to death. Hunters work the land to find pheasant and grouse with their faithful gun dogs. These men have been shooting for most of their lives and put considerable efforts into their hunting, efforts which reward them with wild game meats, none of which is wasted. 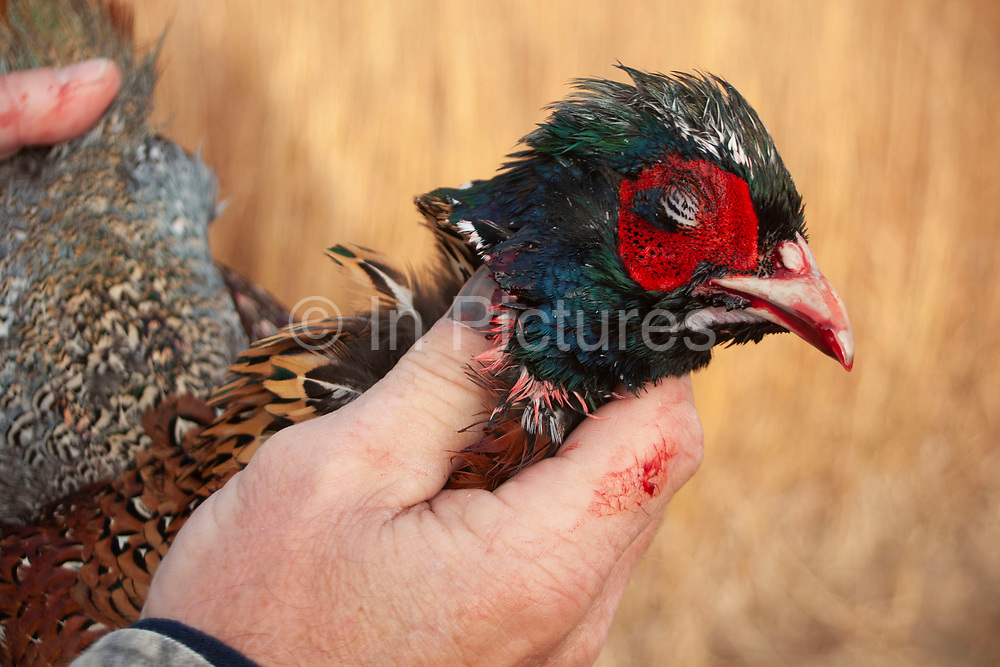