Flowers form the memorial to those passengers and travellers, killed in Brussels Zaventem airport, a year afterwards, on 26th March 2017, at Brussels Airport, Belgium. On the morning of March 22, 2016, three coordinated suicide bombings occurred in Belgium: two at Brussels Airport in Zaventem, and one at Maalbeek metro station in central Brussels. Thirty-two civilians and three perpetrators were killed, and more than 300 people were injured. 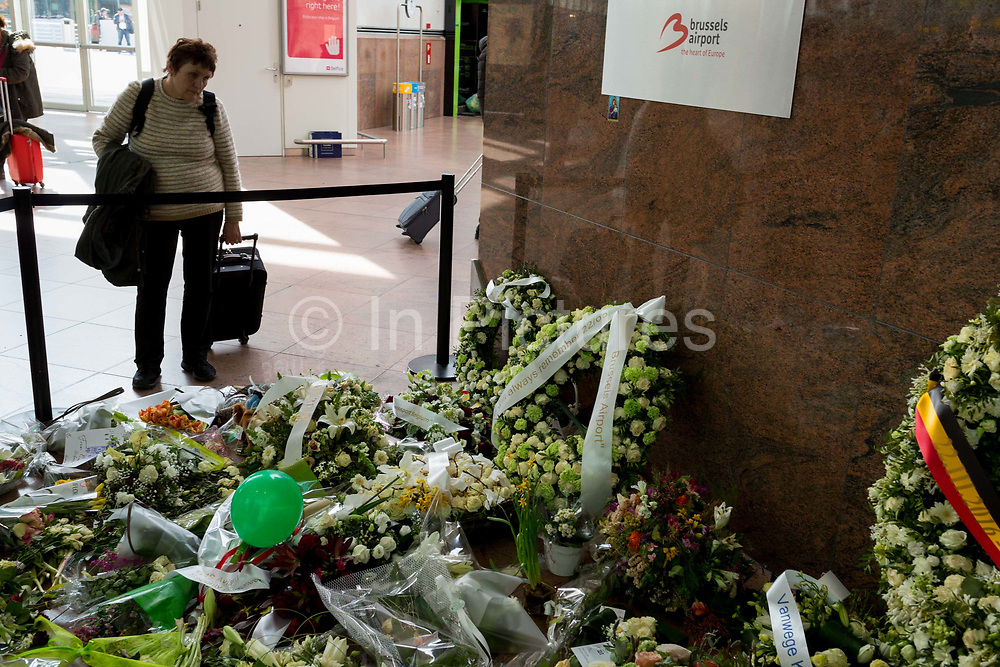