The rare Victoria Cross is worn on the chest of the celebrated Nepali war veteran Bhanu Bhagta Gurung (also written Bhanubhakta), an ex-soldier of the British Gurkha regiment who in the second world war, earned his medals from repeated bravery against Japanese positions in Burma. He sits here on the terrace of his home, above the misty valley of Gorkha, Central Nepal. He is one of the last survivors of the remarkably brave men who helped defeat the enemy in the jungles of south-east Asia. Gurung is the name of his Nepalese tribe (like the Sherpas who also come from the high Himalayan Kingdom). His company commander described him as "a smiling, hard-swearing and indomitable soldier who in a battalion of brave men was one of the bravest". Born September 1921 - died March 1 2008. 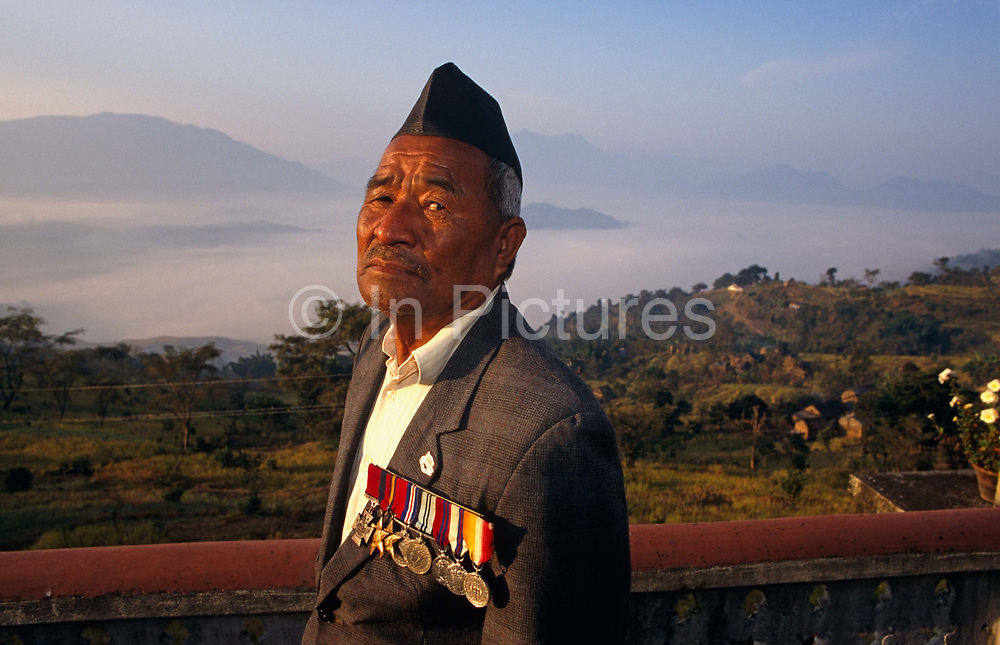