London, UK. Tuesday 19th March 2013. Hundreds of people from the IF Campaign dressed as George Osborne spell out a giant 'IF' in Westminster to remind the Chancellor that tomorrow's Budget belongs to all of us and we want to see him uphold aid promises and end tax dodging. The Enough Food for Everyone Campaign want our leaders to act on four big issues that mean so many people do not get enough food: Aid, Tax, Land and Transparency. http://enoughfoodif.org/ 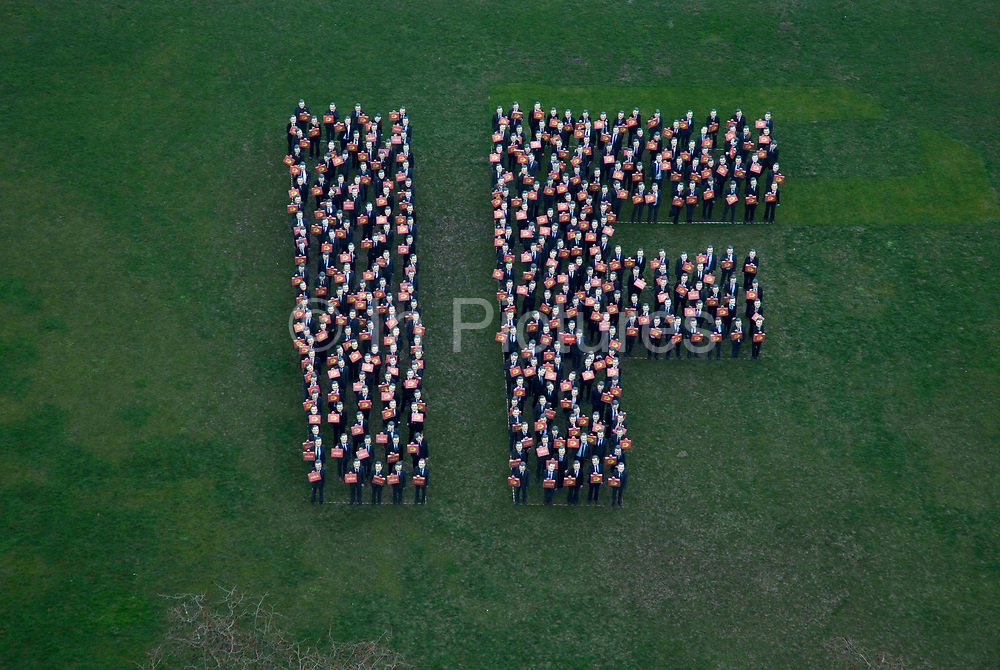