Cases of Rapier surface-to-air missile equipment stationed on Blackheath, a security measure in readiness for the London 2012 Olympic games. The Rapiers arrived in Blackheath yesterday in a bid to defend London against a "worst-case scenario" 9/11-style attack. As part of a multi-layered defence system installed around the capital during the games in July 2012, the missiles are positioned here and other sites during an exercise named Olympic Guardian, which began earlier this week on the coast and in London's airspace. RAF Air Vice-Marshall Stuart Atha said the missiles were for the "worst-case scenario" of a "very unlikely attack" on the Games and chose Blackheath as one of six "favourite" sites. 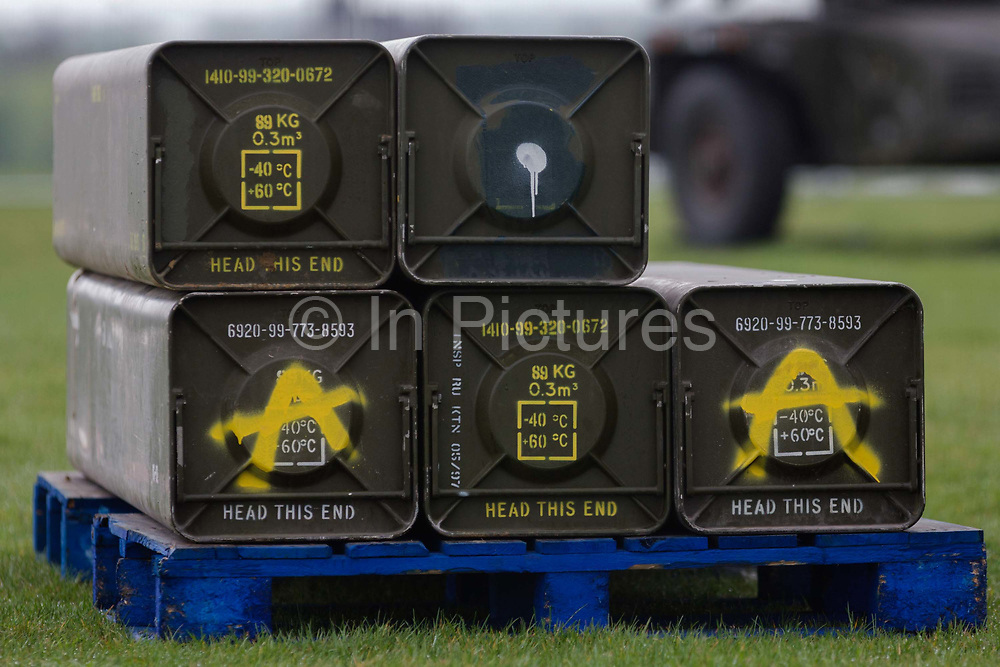