UK - London - City of London griffin and street below

A City of London Griffin looks over Farringdon Road, London. With its red eye and tongue almost touching two pedestrians below, we see its silver-painted skin Positioned at the boundary of what is called the Square Mile, the griffins are symbols of this ancient area of central London, a semi-autominous geographically-small City within Greater London, England. The City of London is the historic core of London from which, along with Westminster, its more modern conurbation grew. The City's boundaries have remained constant since the Middle Ages but it is now only a tiny part of Greater London, approximately one square mile (2.6 km) in area. London Bridge's history stretches back to the first crossing over Roman Londinium. 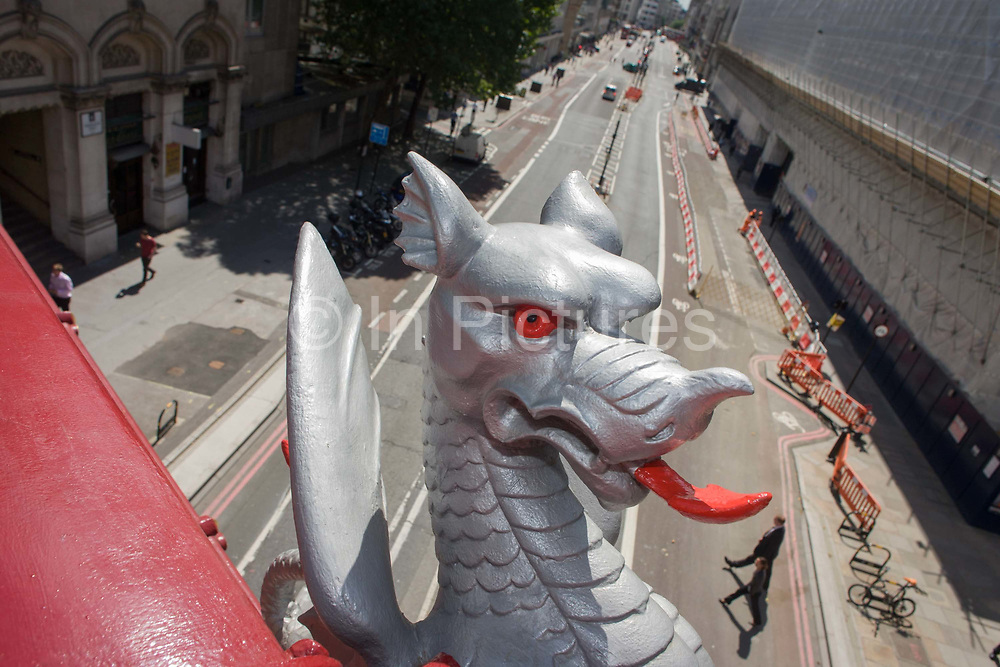