An upright picture of a departures information board at Heathrow Airport's Terminal 5. A lady passenger stands motionless to read the details of flight departure times to echo that of a Vodafone advertisement containing a figure of a man standing erect on a beach, a generic scene of a person on holiday taking advantage of low mobile phone charges in mainland Europe. Both the man and the woman are on opposite sides of the picture and we see a large letter C that denotes the check-in zone of this 400 metre-long terminal that has the capacity to serve around 30 million passengers a year. From writer Alain de Botton's book project "A Week at the Airport: A Heathrow Diary" (2009). 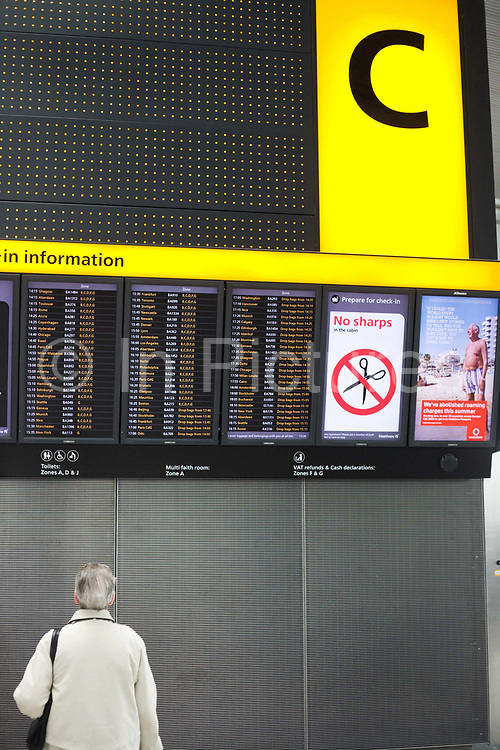