A hand steadies an awkward event banner showing the fleet of modern airliners belonging to European consortium, Airbus during the bi-annual aerospace industry expo at the Farnborough airshow in southern England. From the top of the banner we see the short-haul A319 type to the bottom which has featured the long-range A340-600 version. Alongside each model's profile, we see the aircraft's statistics and performance figures. Airbus is the main competitor to the American Boeing range of modern airliners. Airbus is an aircraft manufacturing subsidiary of EADS, a European aerospace company. Based in Blagnac, France, the company produces approximately half of the world's jet airliners, employing around 63,000 people at sixteen sites in four European Union countries: France, Germany, the United Kingdom and Spain. 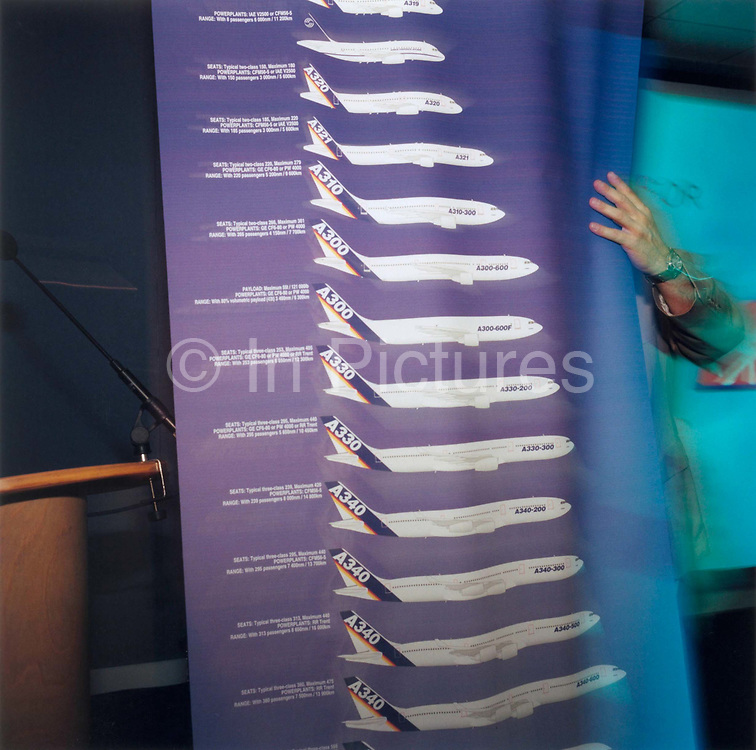