A portrait of botanist, Sir Ghillean Tolmie Prance while head of the Botanical Gardens at Kew in the summer of 1988, in Kews Palm House, London England. Prance worked from 1963 at The New York Botanical Garden, initially as a research assistant and, on his departure in 1988, as Director of the Institute of Economic Botany and Senior Vice-President for Science. Much of his career at the New York Botanical Garden was spent conducting extensive fieldwork in the Amazon region of Brazil. He was Director of the Royal Botanic Gardens, Kew from 1988 to 1999. 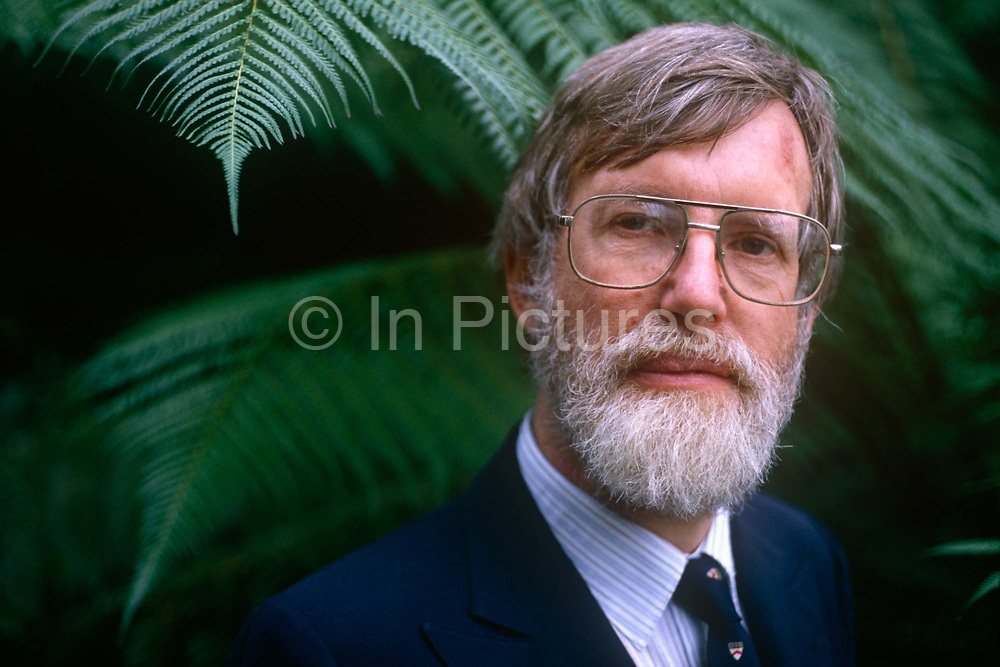