Jaime Huenchullan, is a farmer and a Werken, which means messenger in Mapuche cosmology he is also a political activist. He became very well known in 2018 news for having being arrested and accused of terrorism together with his two brothers and seven other Mapuches for vandalising and torching forestry trucks. During their trial it became evident that the so called proof had been planted by the police in the form of false information posted onto their WhatsApp messages and other telefone interceps. Since his prison release he lives with his family on land reclaimed from big land owners where he tends to his livestock and his vegetable patch. Like most rural Mapuches they are self sufficient, Temulemu, near Temuco, Chile. February 16, 2018. 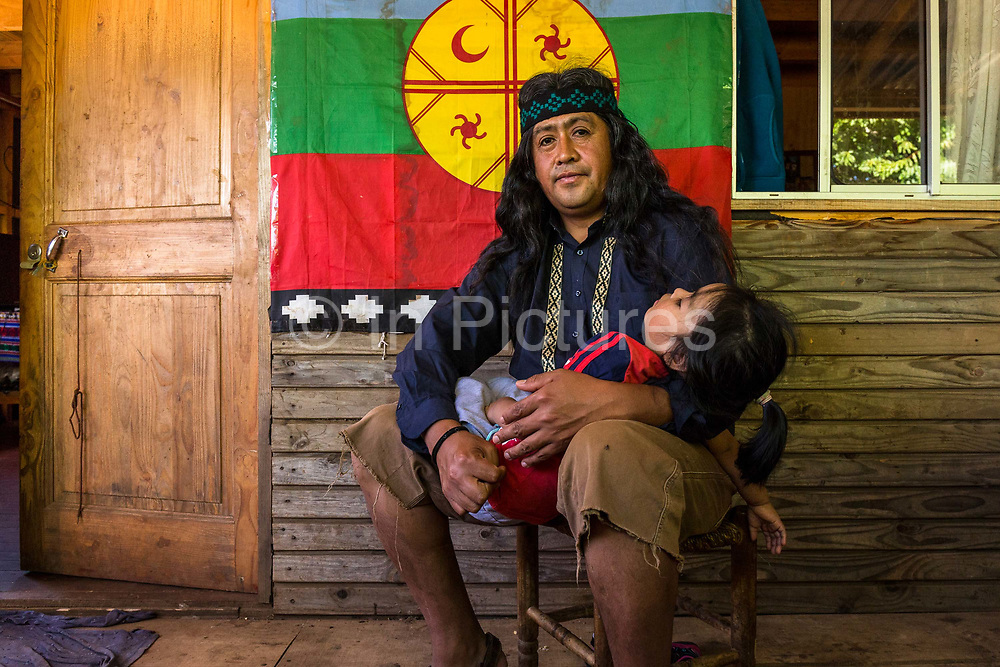