Greece - Athens - View from the Acropolis towards Lykavittos Hill

View from the Acropolis across Plaka towards Lykavittos Hill. Mount Lycabettus, also known as Lycabettos, Lykabettos or Lykavittos is a Cretaceous limestone hill in Athens, Greece. At 277 meters (908 feet) above sea level, the hill is the highest point in the city that surrounds it. Pine trees cover its base, and at its peak is the 19th century Chapel of St. George. The hill is a popular tourist destination and can be ascended by the Lycabettus Funicular, a funicular railway which climbs the hill from a lower terminus at Kolonaki Athens is the capital and largest city of Greece. It dominates the Attica periphery and is one of the world's oldest cities, as its recorded history spans around 3,400 years. Classical Athens was a powerful city-state. A centre for the arts, learning and philosophy. 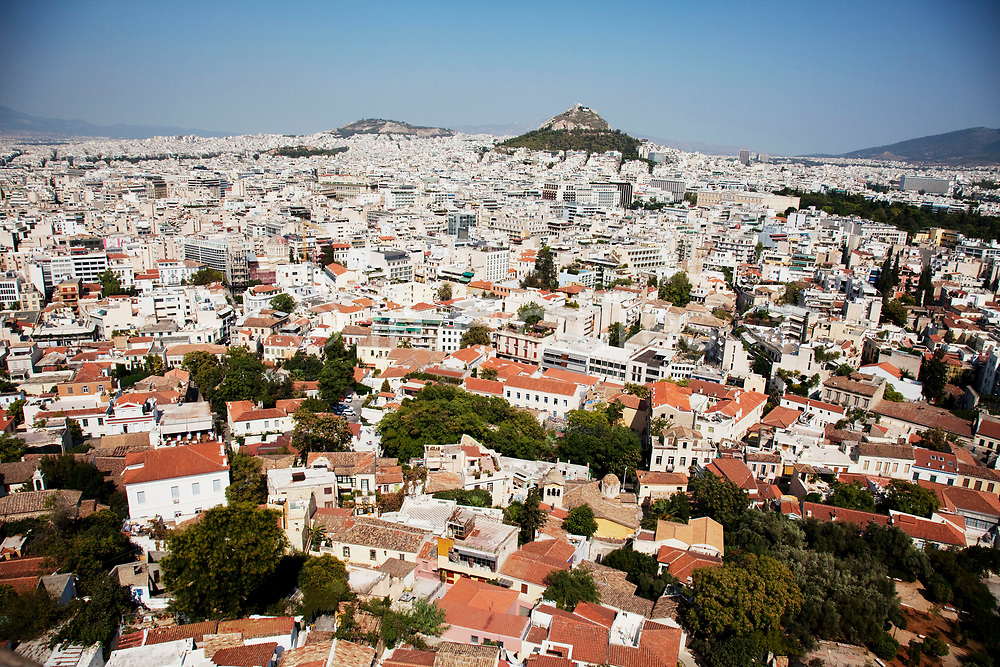