Locals look at street life below from the crumbling balconies of their old apartment block in Lisbon's Biarro Alto district. The woman holds her pet dog and a younger man leans on his arms, supported by rickety railings in afternoon sunshine. Bairro Alto is one of the oldest districts in Lisbon. Dozens of fado singing clubs animate the area. All major Portuguese newspapers once had their offices in here. Prostitution was visible and considerable. Since the 1990s, Bairro Alto went through major changes. Lisbon's city council made extensive repairs, and dozens of new restaurants, clubs and trendy shops were opened. Many young people moved into the area. Cars were banned (except for residents and emergency vehicles). 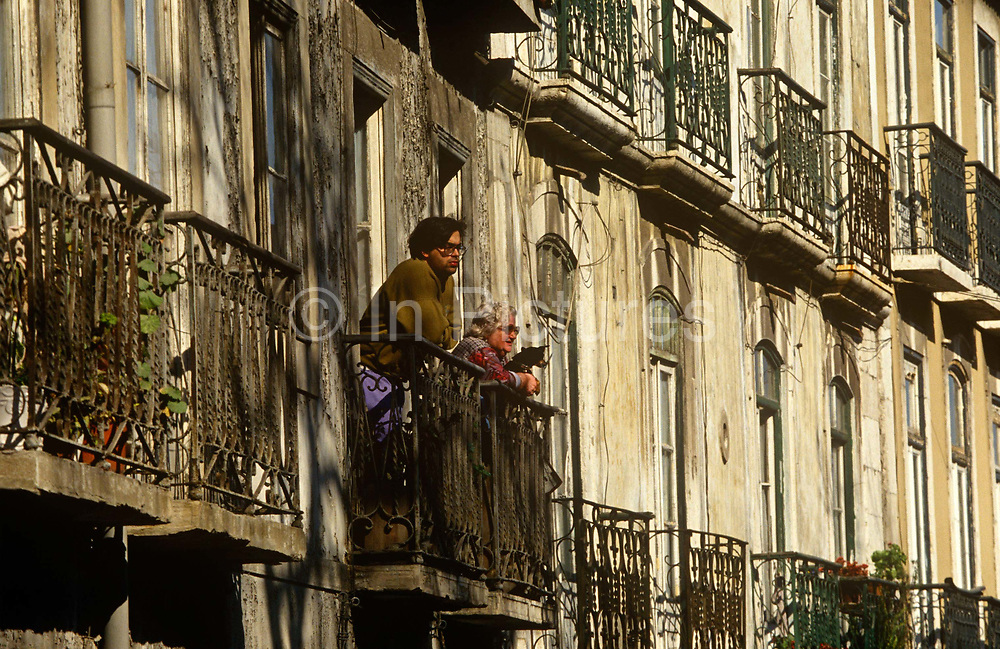